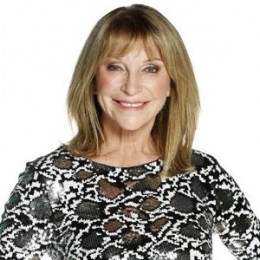 Bonita Lythgoe, better known as Bonnie Lythgoe, is a former British dancer. She is also a producer and director of various theater productions including Pantomimes, a musical comedy stage production, designed for family entertainment. Currently, she is single after she divorced her first husband, Nigel Lythgoe, with whom she has two children: Simon Lythgoe and Kristopher Lythgoe.

Bonnie Lythgoe was born and raised in the England, United Kingdom. She was passionate about dancing and acting from her childhood days and later turned her interest into her career.

When she was 19, in 1969, she auditioned for the BBC’s Young Generation dance troupe and its where she met her future husband, Nigel Lythgoe. But after Nigel became a choreographer, in 1971, he dismissed Bonnie from the troupe.

Later she worked as a producer and director in different theaters including Pantomimes. She worked as a choreographer of dance production within the West End Theater.

She choreographed the Christmas 2006 version of Peter Pan which starred Henry Winkler, in Wimbledon and Cinderella which starred Patrick Duffy, in Working.

Moreover, she participated as a contestant on the second seasons of the Australia version of I’m the Celebrity…Get Me Out of Here!.

Bonnie is once a married woman. She was married to Nigel Lythgoe, a British television and film director, and producer, choreographer, since 1974. The pair first met while working for the same dance group called Young Generation dance troupe.

The couple eventually started dating and later got married. Together the husband and wife shared two sons named Simon Lythgoe and Krystopher Lythgoe.

After living together for 36 years, the couple separated in 2007 and divorced in 2010.  Currently, Bonnie is single and involves in different charity shows including Olivia Newton-John’s Cancer and Wellness Centre.

Bonnie is one of the renowned choreographers who has judged the show like So You Think You Can Dance and So You Think Dance Australia. Looking at her lavish lifestyle, she probably enjoys net worth in six figures.

His ex-husband is one of the well-paid dancer, choreographer, and producer and has a net worth of $110 million from his career.

Bonnie Lythgoe was married to Nigel Lythgoe, since 1974. Nigel is a British television and film director and producer, television dance competition judge, a former dancer in the Young Generation and choreographer. He is the producer of Pop Idol and American Idol. He has been judging the reality show So You Think You Can Dance and has created the competition Superstars of Dance.

Simon Lythgoe is the older son of Bonnie Lythgoe and Nigel Lythgoe. He was born in Britain.

Born on 10th May 1979, Kristopher Lythgoe is the younger son of Bonnie Lythgoe and Nigel Lythgoe.