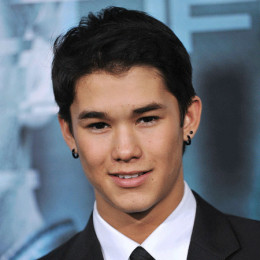 Booboo Stewart's birth name is Nils Allen Stewart, Jr. He is an actor, model, dancer and singer, widely known for playing in The Twilight Saga, as Seth Clearwater, a werewolf. At the Temecula Film and Music Festival, he received the 2011 Rising Star Award. Appearing in Steve Harvey's Big Time Challenge and ER, he began his acting career at the age of 10. He is the son of Nils Allen Stewart, a professional stuntman and Renee Stewart.

Stewart, whose siblings include Maegan Stewart and Fivel Stewart is maintaining his personal life far from the media and fans.

He is most probably single at present and not dating a girlfriend.

He is renowned for his performance in the Disney TV movies Descendants, Descendants 2, and Descendants 3. He portrayed the role of Seth Cleanwater, a werewolf in The Twilight Saga.