Fivel Stewart is an American actress better known for her acting skills in the movies Hansel and Gretel, Tagged and Hope Bridge. The Hollywood actress is also known as the sister of the famous actor, singer, dancer, and model Booboo Stewart. She is also recognized for her childhood work with many singers like Demi Lovato and Menudo.

Fivel Stewart is in a lovey-dovey relationship with her boyfriend, Andrew Kai aka Andrew Kai Tripodi. In 2018, Atypical actress introduced her lover Andrew Kai to fan followers that she was dating him. She posted a picture of Andrew on 13 November, 2018 which received different reactions from her fans.

Stewart's better half, Kai is a prominent American actor best known for his appearance in movies like All ABout Ninja, Lethal Weapon and Valley Girl. The starlet is so in love with her partner that she never lag behind showing her affection to him. 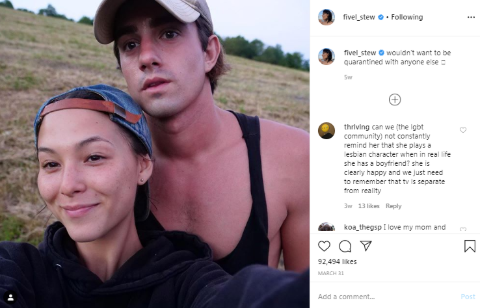 The sister of BooBoo Stewart and Maegan Stewart is never seen with any boys except for her beau, Andrew. Moreover, she shared great chemistry with her co-star from Atypical, Brigette Lundy-Paine which made her fans quite unhappy with the past.

Fivel is an active person on social media and she once shared an Instagram video where she is sharing a close bond with a man. What more? They are extremely close to each other and who knows if the actress is dating someone secretly!

The Pit Fighter is never involved in controversies and avoids media attention to differentiate between her personal life and professional life. Moreover, she is a nature lover and often goes out for vacations and shares pictures on her social media accounts from time to time.

What is the Net Worth of Fivel Stewart?

Fivel Stewart holds an estimated net worth of $300,000, she garnered that fortune by working in many films and modeling campaigns. In addition, the average salary of an actress is $17.00 per hour and $81,000 per year. 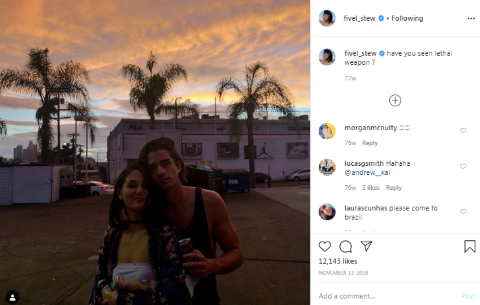 The Hollywood actress worked in various blockbuster movies like Hansel and Gretel, Hope Bridge, Robia Rashid created series; Atypical co-starring Nik Dodani and Tagged. Among all of her movies, Hansel and Gretel made quite a big name and collected over $226.3 million on the box office against the budget of $50 million.