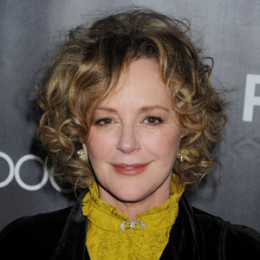 Bonnie Bedelia Culkin, better known as Bonnie Bedelia, is an American actress. She is known for her role in the movies Love Life, The Gypsey Moths, Die Hard and Speechless. Some of her successful work was My Sweet Charlie, To Live Again and The Prince of Pennsylvania for which she was awarded and nominated for awards like Theater World Award, Golden Globe Award, Emmy Awards and so on.

Bonnie Bedelia was born on 25th March 1948 in New York City, the United States to Marian Ethel, a writer and editor and Philip Harley Culkin, a journalist. When she was born her father's firm went bankrupt and the family was suffering a poor financial state. During that time they lived in a cold water tenement flat. She grew up along with three other siblings: brothers Kit Culkin and Terry Culkin and sister Candice Culkin.

At the age of 14, her mother died and soon after her father also died. She is the aunt of actors Kieran Culkin, Macaulay Culkin and Roy Culkin.

She studied ballet and appeared in a few products with the New York City Ballet including The Nutcracker. Later, she landed a regular role on the CBS soap opera, Love of Life, where she has portrayed the character, Sandy Porter.

Then she worked for Broadway Theater, where she appeared in a supporting role in Isle of Children in 1962. In 1966, she got a lead in an American television movie, My Sweet Charlie, directed by Lamont Johnson. The movie received different awards and nominations including Emmy Awards, Image Award and Director Guild of American Award. Bonnie also received a Theater World Awards.

After playing several roles on the small screen, she made her movie debut inThe Gypsy Moths, directed by John Frankenheimer, in 1969. The movie starred Burt Lancaster, Deborah Kerr, Gene Hackman, Scott Wilson in a lead role.

The same year, she was seen in the drama movie, They Shoot Horses, Don’t They?, directed by Syndey Pollack. The movie was one of the hit movies and received a positive response from the viewers. The movie was a box-office success, grossing $12.6 million and was listed 16th highest-grossing movie in 1969.

Further, she appeared opposite to Richard Dreyfuss in the comedy movie, The Big Fix, in 1978. After playing some of the hit movies, she portrayed the character of Holly Gennaro McClane in action movie, Die Hard, directed by John McTiernan in 1988. The movie starred Bruce Willis, Alan Rickman and Alexander Godunov in a lead role.

She has appeared in more than 30 movies and 45 television drama series. She has played number of lead roles in the TV drama series including Switched at Birth, A Mother’s Right: The Elizabeth Morgan Story, Her Costly at Birth and Picnic.

From 2010-2015, she appeared on the NBC drama series, Parenthood along with stars Lauren Graham, Mae Whitman, Peter Krause, Monica Potter, Erika Christensen, Dax Shepard and so on.

Moreover, she was last seen in the American drama movie, The Scent of Rain and Lightning, directed by Black Robbins, in 2017, which starred Maika Monroe, Maggie Grace, Justin Chatwin, Mark Webber, Logan Miller and so on.

Bonnie married Ken Luber, on 24th May 1975, in a private ceremony with the presence of close friends, relatives, and family members.

They had two sons: Jonah Luber and Yuri Luber. After living together as husband-wife for eleven years, they divorced in 1980.

After that, she married James Telfer, an actor, and writer. But unfortunately, like her previous relationship, this one also ended in a divorce.

In 1995, she married Michael MacRae, an American actor, in a private ceremony with the presence of family and close friends and relatives. It has been 22 years and their relationship as husband and wife is still strong.

After playing successful hit movies and TV drama, Bonnie has successfully earned an estimated net worth of $2 million.

Jun Luber was the first husband of Boonie. They exchanged vows on 24th May 1975. They lived together for nearly 11 years and divorced in 1980.

Boonie Bedelia married James Telfer. But this relationship also did not last long and divorced after few years of marriage.

Bonnie married Michael MacRae, an American actor. The married couple is still together. It's been 22 years and still the pair shares same love, passion, and respect for each other.

Born on 15th June 1976, Honah Luber is the first son of Bonnie Bedelia and Ken Luber. He is trying to build his career in the film industry.

Born on 5th June 1970, Yuri Luber is the second son of Boonie Bedelia and Yuri Luber.