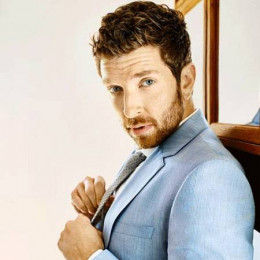 Brett Ryan Eldredge is a country singer signed to Atlantic Records Nashville. In 2010, his debut single "Raymond" was placed 52 on the country music charts, his 2013 album "Bring You Back" was placed no.2 and his song "Don't Ya" reached no.1. He was named New Artist of the Year at the 2014 CMA Awards. He started singing from his early childhood and by the time he was 15, he received a great demand to perform at local functions. He is the son of Robin Beth and Christopher Eldredge.

Talking about his personal life, he hasn't married anyone yet and also does not have any children. He once said that his ex-girlfriend was a redhead, so he had a girlfriend in his past days whose details has not been disclosed yet.

These days he is single. He mostly prefers brunette and blonde girls to be his partner. There is no any controversy related to his personal and his professional life.

Previously, he was rumored to be dating Sadie Robertson earlier in 2018. Despite the speculations, he clearly stated that he's not dating the lady.

Though his affair and romantic relationship is still behind the bar, he is so close to his family especially his mother. Here, he spent a skate date with his mom.

Eldredge amassed a net worth of about $5 million as of 2019.

Brett Eldredge was born on 23 March 1986 in Paris, Illinois.

He has thee no. 1 singles on the Billboard Country Airplay chart including  "Mean to Me",  Bring You Back: "Don't Ya" and "Beat of the Music" from his debut studio album.