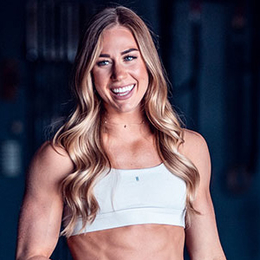 Brooke Wells is a young cross-fit athlete who came into limelight when she won the 2015 Central Regional Crossfit Competition at the age of 19.  She finished at sixth position in the Crossfit games in 2016. Furthermore, she is a role model for many young girls and athletes.

Is Brooke Wells Single? Know more about her Personal Life and Relationship Status.

The young athlete Brooke Wells is currently single and is focusing on her career. Furthermore, she is not even linked to anyone at present.

Brooke, however, was once rumored to be dating fellow CrossFit star, Alec Smith. The rumors started when she posted the pictures of their Bahamas vacation with a caption that hint they were dating.

I never want this week to end Couple days in Bimini, Bahamas, & now we’re about to take a yacht back to Miami, FL for the rest of the week 💃🏼 #WZASummit

Brooke later cleared the rumors by stating that the post was a prank and said following about him and their relationship:

“We’re very good friends and strictly just friends. We both don’t see each other as more than just friends. That’s what makes it fun. We can just joke about it together and it’s not serious by any means.”

Well, it looks like Brooke love life is not busy at present; however, she is super busy with her training. Besides, she trains three times a day, three days per week, for more than five hours. She teaches twice a day two days per week, swim on Thursdays, and takes a full rest day on Sundays.

What is Brooke Wells Overall Net-worth?

Brooke Wells overall networth is $500 thousand-$850 thousand which she amassed through participating in different CrossFit games and through brand promotions.

Always a great day when I get to hangout with my @nobullproject fam 🙌🏼 It was amazing reminiscing on how far they have come as a company. Little 19 year old CF Games Rookie signed with a small Start-up shoe company in 2015, and now we are here 🤗 I’m so thankful we both believed in each other. ••• #Repost @industrytodd Plotting world domination with the longest tenured female on Team NOBULL, @brookewellss. She believed in this crazy plan before anyone! #IAMNOBULL #JustTheHorns #BehindTheHorns

Wells is a professional athlete who has participated in many regional games and three CrossFit Games. The winning amount in the Crossfit games ranges from $7,000 -$300,000 depending on the position they gain at the end of the games.

Brooke is also a social media personality, with over 1 million followers on Instagram. She earns, on average, $2,175 -$3,626 per promotional post. Till now, she has promoted brands such as  NOBULL, Cellucor, Kill Cliff, and many more.

Brooke Wells was born on July 14, 1995, in Fort Smith, Arkansas, USA. Her nationality is American, and her birth sign is Cancer. Wells is close with a twin sister, Sydney Wells who is a track and field athlete. However, She is also interested in Crossfit and may try Crossfit in the future. 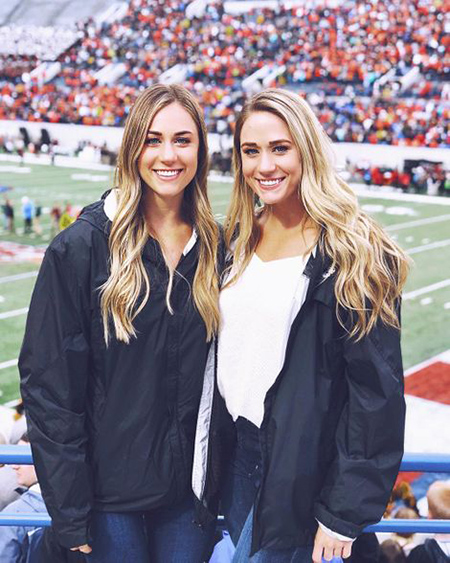 Brooke besides is the graduate of the Southside High School. She used to be a track and field athlete in high school. Later she joined the University of Arkansas but moved to University in Missouri-Columbia in 2014 with her sister. She was a full-time student there and had to balance her classes and training schedule. She finally graduated in May 2018 with a degree in Business Administration and Management.