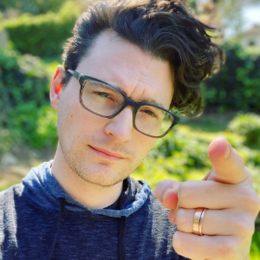 Bryan Dechart is an American actor popular for playing 'Eli Chandler' on 'ABC's Family's Jane by Design. He has voiced several video game characters. He is famous known for playing Connor in the video game Detroit: Become Human. Dechart is a dynamic twitch streamer who streams games often associated with his wife, Amelia Rose Blaire. He was nominated for the 'Best New Broadcaster' along with his wife at the 'Golden Joystick Awards in 2018.

Bryan Dechart is a married man. He exchanged wedding vows with Amelia Rose Blaire on 30th June 2018. Amelia is an American actress who has played a vampire named 'Willa Burrell' on the 'HBO' series 'True Blood' and 'Piper Shaw' on the 'MTV' series 'Scream.' 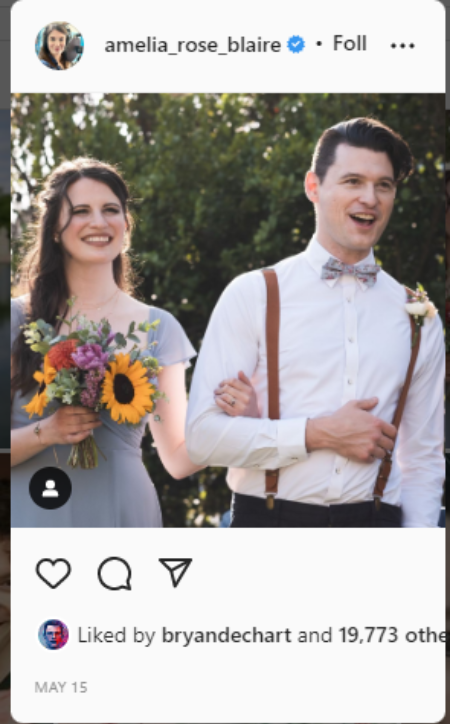 The lovebirds also gave a mini-stream update on 4th July 2018. The lavish wedding aired in five countries like Los Angeles, New York, Brazil, London, and Paris. Dechart was first spotted with Amelia on 24th September 2012 at the Emmy award event.

The couple first met in 2012 when the artists got to be colleagues on the set of the movie Commencement. Bryan proposed to Amelia in the garden of Louis XIV's palace. The couple starred together in the 2018 short film 'You'll Only Have Each Other.'

The celebrity duo is still living a joyous married life together. They are yet to have a child.

Bryan Dechart's Net worth And Movies

Bryan Dechart's net worth is estimated to be somewhere around $2 million. He collects a lot of money from advertisements, endorsements, acting, and streaming careers. Blaire also bags a reasonable amount for playing twitch and video games. 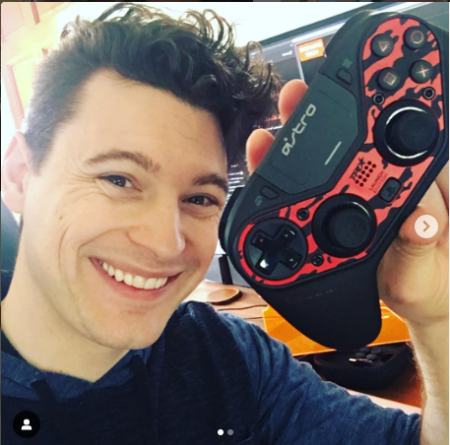 His wife, Blaire, is listed as one of the richest T.V. actresses.  he has an approximate net worth of $1.5 million. Like Bryan, Miss Amelia earned a huge amount from movies and T.V. series. She played the role of Theo in Cyberpunk.

Dechart began his career in 2008 as a voice actor in the short film 'For Your Entertainment. He showed up in two more movies, 'Blue Balled' and 'Mitzvah Season' in the same year. In 2009, he starred as a character 'Emcee' in 'Obelisk Road' and as 'Brian' in the American T.V. soap opera 'Guiding Lig t.' 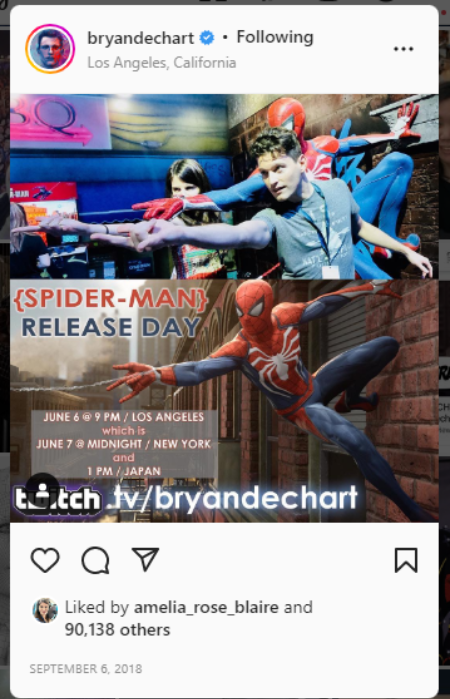 He moreover appeared in an episode of the American comedy show 'Z Rock,' 'Transitions' and 'Three Birds with Two Sto es. In 2010, he was featured in 'Law & Order: Criminal Intent, as Young John Silvestri in 'Love on Ice,' Anton in 'Step us 3D' and Michael Urie in one of the supernaturaT.V.ality T.V. shows. Celebration Ghost Stories.'

Bryan also played in films such as 'Eros,' 'Pose,' 'Fish: A Boy in Man's Prison,' '800 Pound Gorilla', and 'Children at Play.' He appeared as a 'Photographer' in an episode of 'Blue Woods' an American police procedural fiction drama series, and in short movies like 'Robot,' 'Blown Away, 'van Devi,' 'Dreams from a Petrified Head,' and 'Behind the Scene' in 2011.

Check out the clip of Bryan Dechart's funny moments!

In 2011, Bryan Dechart played in an hourlong family comedy-drama "The Smurfs." He shared the screen alongside Hank Azaria, Jayma Mays, Katy Perry and Frank Welker. In 2014, Bryan DeChart portrayed the character of Dave in the HBO original series True Blood's episode "Death is not the end." He starred in the seventh and final season of the series.

He made his beginning with an appearance in the drama film 'Things I Don't Understand' in 2012, which received great reviews. Dechart played a voice character in the video game 'Mafia III' in 2016 and an android police investigator in 'The PS4 game 'Detroit Become Human' in 2018.

Bryan Dechart is happily married to his wife, Amelia Rose Blaire since 2018. They have been together for five years.