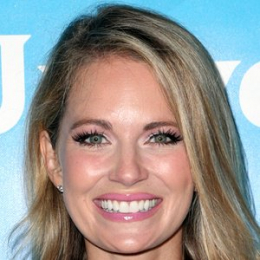 Cameran Eubanks is an American reality TV star who appears on the reality show 'Southern Charm' in Bravo TV. She is also a social media influencer and realtor as well.

The reality TV star Cameran Eubanks portrays a perfect life on the reality show 'Southern Charm'. Is her good life a facade, or is it for real?

Cameran is married to anesthesiologist Dr. Jason Wimberly, since April 12, 2014. The wedding took place at a plantation near Charleston, South Carolina in the presence of close friends and family. 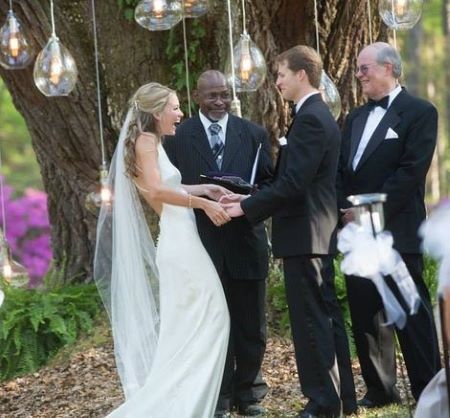 Cameran Eubanks on her wedding day.

The star was looking stunning in a low back halter top dress and a long veil. Meanwhile, the groom opted for a black tuxedo with a matching black bow tie. The beautiful couple, in addition, exchanged vows under a large oak tree which had hanging lights.

Many fans were expecting to see Jason on the show 'Southern Charm', alongside his wife Cameran. However, many were disappointed when Jason did not appear in any episodes of the show for six seasons. So, many were speculating that Jason is not a fan of the show and avoids it.

The young starlet, however, cleared the rumors and stated that her life partner is a big fan of the show, but he is a shy person and thus avoids Camera. Furthermore, she also shared the news that he will make a cameo in season six. She spoke to Entertainment Tonight about how she convinced him to appear in the show.

" I wore him down. Jason is a very private, very quiet person, and I convinced him to come to a group event, and I told him there would be a lot of people. "You know, it’s not going to be focused on you,''. So, I think it actually calmed his nerves, and he actually shows up to something."

Jason later appeared on an episode that aired on August 14,  2019. In that episode, Patricia Altschul threw a party, and Ashley Jacobs created a scene.

Cameran Eubanks is a Mom?

Cameran and her husband welcomed a daughter, Palmer Corrine Wimberly on November 2017. She shared the happy news on her Instagram with a picture of her baby. 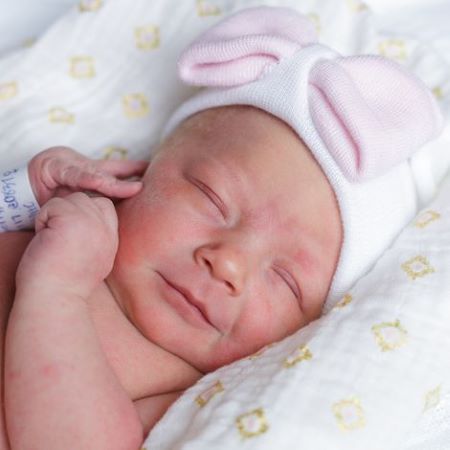 The young parents shared the pregnancy news back in April 2017 with a baby's sonogram and a pink balloon. The pregnancy news came as a surprise for the Cameran fans as she previously was not interested in being a mother soon after marriage. In a 2015 interview with Wetpaint, she stated:

"Before we got engaged, I sat down with him[Jason] and said, I have no desire to have a child right now, there might be a big possibility I might never want to have a child, I just want to make sure youre not going to leave me if I don't give you a kid. And he told me he would not, so let's hope he sticks to that."

Cameran feels blessed to be a mother; however, she found motherhood very hard. Thus, she has stated that one kid is enough for her and do not plan to have more children in the future.

Cameran once dated her fellow "The Real World" costar Clyde Daryn Amerson aka Ace Amerson. They dated for a short period.

Eubanks was also in a relationship with American professional skier Jeremy  Bloom. They met while they were on vacation in Cancun. They were together for a few years.

Cameron has hyperhidrosis, a medical condition in which there is excessive sweating. She manages the disease by wearing breathable materials which are dark so that they could hide sweat. Furthermore, she changes clothes pretty often and always keep paper towels or tissues on hand.

The young star learned about the condition when she was just eight-year-old and was first embarrassed to talk about it. However, she now freely talks about her experience so that she can reduce the stigma attached to hyperhidrosis.

Eubanks has an outspoken personality and is not afraid of speaking her mind. However, her frankness creates some controversy as well.

The TV personality got a lot of backlashes when she decided not to breastfeed her child after three months. She wrote a lengthy post and explained her decision was by choice, and she is quitting breastfeeding as she wants her freedom back. Many fans were not happy with her arrangement and began lecturing her on the importance of breastfeeding.

Cameran also faced backlash from anti-vaxxers when she posted a photo with a vaccine bandage and encouraged people to get a flu shot. However, after the backlash, she deleted her post and apologize to those who were offended. She furthermore stated that she added vaccines to the list of the things she will not talk on social media.

Cameran is a reality star, social media celebrity, and a realtor. She accumulated a considerable net-worth from these professions.

Eubanks holds the net worth of around $1.5 million. The star makes the amount from her multiple careers. And with such earnings, she undoubtedly lives a lavish lifestyle.

Cameran is a cast member of the Bravo's reality show ''Southern Charm" alongside Austen Kroll, Naomie Olindo, and others. The average salary of the cast members of the show is $25,000 per episode. 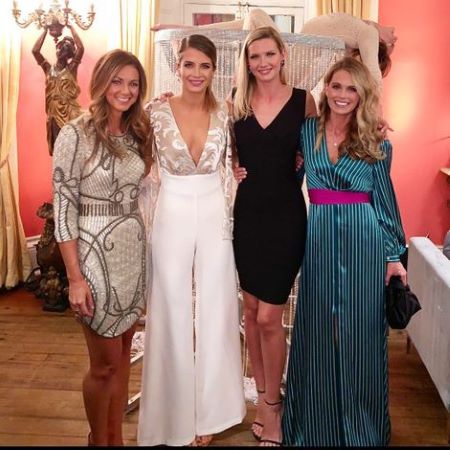 The starlet further is an original cast member who has appeared in 82 episodes. So, she has earned up to $205 thousand from her basic salary.  Besides, the cast also earns a bonus of $60,000 for reunion shows.

Cameran Eubanks is also a Realtor?

Cameran is also a realtor who helps people find their dream house. The average salary of a real estate agent in South Carolina is around $42,160.

Cameran Eubanks Earning as an Influencer

The star is not only is a sucessful Tv Personality, but she is a social media star as well with substantial online followers. Her Instagram account camwimberly1 has over 1.2 million followers and earns $2, 414 -$4,023 per promotional posts. Similarly, her twitter account has 191 thousand followers.

The star, additionally teamed with DIFF Eyewear to create her line of eyeglasses. The collection is called Carolina, and the glasses cost on average $85 per piece.

Cameran Eubanks is a Wife of a High Earning Professional

The couple with their good fortune is living a comfortable life. They own a house in Charleston, where the median price of the home is $314,900.

Check the video of their cozy house:

The couple supports the cause of Hope for Steve and tries to raise fund for Steve Dezember II, who is an ALS patient. 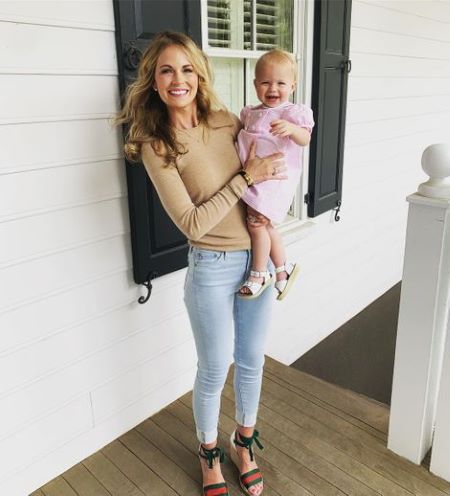 Dr. Jason Wimberly is an anesthesiologist. He and the reality star Cameran Eubanks is married for five years.

Palmer Corrine Wimberly is the child of the reality TV star Cameran Eubanks and her husband Jason Wimberly.