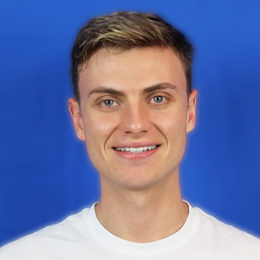 YouTube star, Carter Sharer is active in the field of entertainment from a very long period of time. Sharer has an amazing number of fan following on his social media from where he is earning an impressive net worth.

Who Is Carter Sharer Dating To? Know More About His Personal Life and Family

Carter Sharer is dating his You Tuber girlfriend, Lizzy Sharer. In 2018, Lizzy uploaded a video on her YouTube channel where Carter proposed her and she said yes. Check out the video:

The boyfriend-girlfriend often appeared together on their channel's videos. They are together for almost a year and is still free from any controversies.

Congrats to this girl (Lizzy) (not milli) for reaching 2 MILLION SUBS!!!

Apart from his dating life, the star is very close to his family and especially with his brother Stephen Sharer with whom he creates several interesting contents for their YouTube channel.

How Much Is Carter Sharer's Net Worth?

Carter Sharer's net worth is around $300 Thousand. The star makes an impressive amount of money from his social media career.

The YouTube star, additionally, earns some bucks from his clothing line, Dream Team. He sells T-shirts and hoodies on his online store.

Wow, really Liz? @lizzysharer Prank wars is back on

Carter Sharer was born on 23rd October 1993 in the United States under the sun sign Scorpio. He is American by nationality and as far as his ethnicity is concerned, he is White. Further, his parents raised him with his two siblings, Stephen Sharer, and Grace Sharer.

From a very early age, Carter was innovative. He received a welder on his 11th birthday and would become a self-trained, proficient welder. Later, he made engine powered devices like hovercraft and go-carts.

When it comes to his educational background, Sharer attended Oakton High School in 2012. Later, he attended Carnegie Mellon University from where he received a Bachelor of Science degree.

To know more stay on marriedwiki.com/wiki!!!