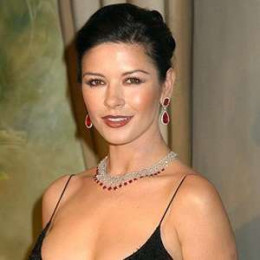 Catherine Zeta-Jones is a British actress, who began her acting career at early teen years, known from the West End productions of the musicals Annie and Bugsy Malone. She is the daughter of David Jones, the owner of a sweet factory and Patricia, an Irish Catholic descent. Zeta-Jones has two brothers, younger brother, Lyndon and older brother, David. Her breakthrough movie came in 1998, where she portrayed Elena Montero in The Mask of Zorro.

Catherine Zeta-Jones is a married woman and is her husband is Michael Kirk Douglas, an actor, and producer, with whom she has been together for more than twenty years. The couple started dating from 1999 and got married in 2000. They have two children, a son Dylan Michael and daughter Carys Zeta Douglas. Some source claims that this couple began living separately in May 2013 without any legal action divorce. However, Zeta-Jones denied these rumors and said that they separated for a short time due to their own work.

Michael is an American renowned actor and producer, who was previously married to Diandra Luker with whom he shares one child. Jones and Douglas married in 2000 and the couple is blessed with two children.

Dylan Michael is the first child of this couple, born on August 8, 2000. He is an actor.

Carys Zeta is the second child of this couple, born on April 20, 2003. She is pretty and it is said that her beauty is a trait from her mother.