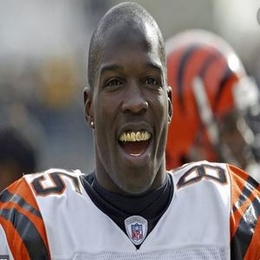 Any American football fans can recognize Chad Johnson due to his association with the Cincinnati Bengals from 2001 to 2010. He played as the wide receiver before moving to the New England Patriots in 2011. After that, he got associated with the Miami Dolphins and the CFL's Montreal Alouettes from 2014 to 2015.

Chad's Personal Life Information; Has Had Lot of Affairs

Over the years, Chad has dated a lot of famous women. His earliest dating history is shared with American rapper, Trina. They stayed together from 2004 to 2005.

Then, he dated and finally got engaged to a girl named Maya. There is very little information on his second love but they explored their engaged life from 2008 to 2010.

Then enters Courtney. Courtney Collins is a model by profession. She dated Chad for a short period of time in 2009. And mind you, this relationship started when Chad was still engaged to Maya. So, this definitely raises questions on Chad as an honest partner.

Moving on, Chad hit it off with the American model Tammy Torres. The two dated for some time starting from 2010 and probably parted ways somewhere before 2012.

With the start of 2012, Chad embarked on his new love journey with another American model Amber Priddy. The two complimented each other for a year and separated.

In 2013, the athlete dated a Chef. Her name is Lauren Popeil. Not long after this association, Chad moved on to his second relationship of the year with American singer Kimberly Michelle Pate. Was this the end of his 2013 affairs?

No, because he dated another girl with the name Kimberly after the singer. This time, she is Kimberly Yohman. The girl has a very low key public life.

Chad's major public relationship started with his marriage on the 4th of July, 2014. The girl is none other than Evelyn Lozada, the star of reality series Basketball Wives. Chad had proposed her on the 16th of November two years before the marriage. 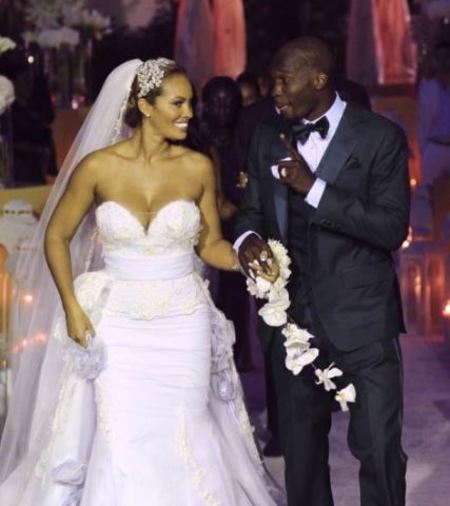 A month after the marriage and Chad's life started heading south. On the 11th of August that year, the player got arrested for physically assaulting his wife. Apparently, he headbutted her as revealed by the Davie, Florida Police. He got released the same afternoon after a fine of $2,500 bond. This event also cost him his deal with the Miami Dolphins.

From there, things went downhill for Chad. On the 14th of August 2012, his wife filed for divorce and mentioned that the marriage was beyond restoration at that point. The divorce got finalized a month later in the same year. Following the event, in September, Chad pleaded no-contest to his battery charges against Lozada. He was under probation for a year.

As for Chad, things were still not settling down. A warrant got issued against him on the 7th of May, 2013, when he failed to go with his probation regulations. As it seems, the man was unable to meet with his probation specialist twice and had no proof to show his involvement or completion of the batterer's intervention program.

When things started getting messy, he turned himself to the police on the 20th of May and got bailed the same day after posting a $1000 bond.

After getting divorced from Evelyn, Chad found his love once again. The girl was Crystal Bates. The two started dating somewhere in 2014 and dated for about a year.

The footballer and his partner welcomed their third member on the 2nd of June, 2015. They had a baby girl named Kennedi who is around pre-school age by now.

Sadly, the couple broke shortly after the birth of their child. The reasons are still unknown as to why the duo decided to call it quits.

Both the partners took their breakup to social media. Crystal and Chad announced their single status via their Instagram posts. Crystal did it with a metaphorical statement whereas Chad dropped a badass photo of him smoking a cigar and captioned it “Watch my broad give up on me like I’m average."

Chad has no children with his ex-wife, but this does not save him from the responsibilities of a father. In an interview dated 11th February 2016, the football player confessed that he shares seven children with different partners from his past relationships. The name of the partners and some of the children are not revealed to the media.

In the interview, Chad mentioned that he regretted not giving enough time for his kids growing up. The guilty father further added that the children now, the children have all grown up and are busy with their friend circle.

But all the problems aside, he said that being a father was a real dope experience for him. He feels lucky now that he is retired and has time that he could spend with his children. 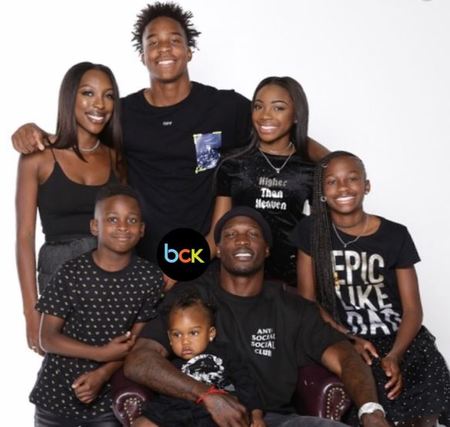 Currently, Chad fathers seven children under his wings. Some of the names that can be found by simple inspection are daughters Jicyra Johnson, Chade Johnson, Kennedi, and Cha'iel Johnson and son Chad Johnson jr.

Chad is also a football player by profession and wishes to be as flashy as his father.

Had To Go Jail

In Spite of his no-jail plea had already been agreed on by the court, Chad could not avoid a whole month behind bars on the 10th of June, 2013 for misbehaving on the court.

Facts revealed that Judge Kathleen McHugh ordered his jail time punishment due to his lack of seriousness on the matter. He was found playfully slapping his Attorney on his buttocks in front of the court. Chad apologized for the behavior, but the judge remained unwavering in his decision. 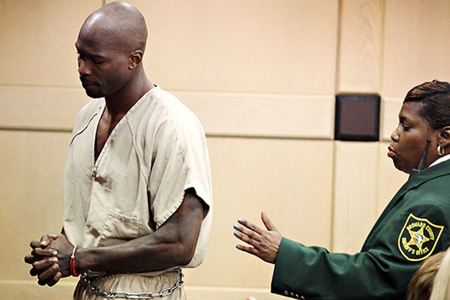 Athlete Chad Johnson had to go to jail for his probation violation. SOURCE: Straight official

For such carelessness, he got additional punishment. In addition to his jail time, his probation period got extended for three more months through December. The athlete had to go through a total of twenty-five hours of community service and counseling sessions twice per week.

Chad got out of jail on the 17th of June after apologizing to the court. His social media shows that he is living a peaceful life with his friends.

What Is His Net Worth?

With all his assets accumulated, Chad enjoyed a maximum of $50 million from his entire football career. At the peak of his career, the athlete even made $8 million in a single year.

His golden time was when he used to play for the Cincinnati Bengals. Out of his eight millions, five millions came from bonuses only. This shows his caliber as a football player in his prime.

When things started going downhill for the athlete, he net worth also exponentially decreased. His contract with the Miami Dolphins got canceled, and his net worth dropped to $5 million.

He even made newspaper headlines once when he could not pay his $5250 child support money. That time, he only had a steady income of $3000, which made him go through pretty tough times.

Evelyn Lozada is a television star. She starred in the reality series Basketball Wives. She filed for divorce just months after the marriage.

Jicyra is the daughter of Chad Johnson. She was born to father Chad Johnson and mother Trice.

Chade Johnson is the daughter of Chad Johnson. Her mother's name is Kenyada as mentioned by Chad himself on his tweet.

Cha'iel Johnson is the daughter of Chad Johnson. Her mother's name is Kenyada as mentioned by Chad himself on his twitter post.

Kennedi Johnson is the daughter of Chad Johnson. Her mother's name is Crystal Bates. Chad and her mother parted ways in June of 2017.

Chad Johnson is the eldest son of Chad Johnson. He was born to Elle Covington who works as a wax specialist and lash beautifier.

Jordan is the son of footballer Chad Johnson and Trice. There is no further information on his partner to this date.

Cheyenne is the daughter of Chad Johnson and Alexia Farquharson born in March of 2016. She is the youngest of Chad's children.