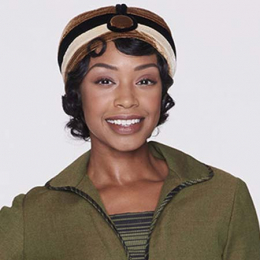 Famous Canadian actress, Chantel Riley is known for her stunning looks and acting skills in Hollywood. The actress is popular for portraying the role of Nala in a German production of "The Lion King". She is also known for appearing in the films and television series like Race, Wynonna Earp, and Mysteries.

Chantel Riley is possibly single as of now. The well-known actress is currently out of any dating relationships and is focused on her career. Moreover, she is never spotted with any men in any events and venues.

Riley is out of any dating rumors and any media controversies. It seems like the actress is waiting for someone special. Apart from her secret dating life, she is an active person on social media and often shares pictures regarding her daily and professional life.

What is the Net Worth of Chantel Riley? Know about her Earnings and Salary

The 32-year-old actress worked in many acting campaigns until now. She debuted in the film industry by appearing in the Jesse Owens biopic named Race in 2016. Further, the film was a blockbuster which collected a total of $25.1 million against the budget of $5 million. What's more, she worked along with fellow stars like Stephan James, Jason Sudeikis, Jeremy Irons, and Carice van Houten.

Riley also tried her luck in the television industry and first appeared in a supernatural Western horror television series named Wynonna Earp. After that, she got a chance to perform in the 2017 Canadian drama series named Frankie Drake Mysteries as Trudy Clarke. Besides, she recently worked in the American political upcoming drama series named Pearson in 2018.

As for the stage career of Chantel, she made her stage debut in 2011 by portraying the role of Nala in a German production of American animated musical film 'The Lion King'. It was the same year, she worked with the same role in the films broadway.