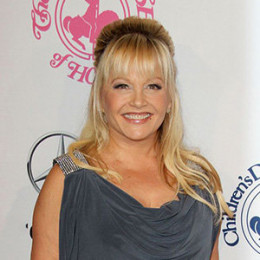 American actress and singer, Charlene Tilton is the daughter of Katherine Thacker. In 2012, Tilton joined the cast of TNT's Dallas revival series and reprised her role as 'Lucy Ewing' in many episodes. She was the guest host on 'Saturday Night Live' on 21st February 1981.Tilton made her first film appearance alongside 'Jodie Foster' in 'Freaky Friday'. Dallas (1978), #1 Cheerleader Camp (2010) and Problem Child 2 (1991) are her popular movies.

Tilton  started acting since 1976. Some of her popular screen credit includes Happy Days, Eight Is Enough, Big Wednesday, Knots Landing and others.

Charlene Tilton was hitched to Domenick Allen on 7th April 1985 and ended their relationship with a divorced in 1992.

She and her ex-husband, Johnny Lee have a daughter named Cherish Lee, born on 20th August 1982.