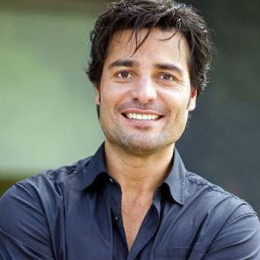 Elmer Figueors Arce is the actual name of Chayanne who is a Puerto Rican Latin singer, composer and a renowned actor. His 21 released albums have been sold in a number of 30 million worldwide. He was born to father Quintino Figueroa and mother Irma Luz Arce. He was also a part of the group Los Chicos after the split of which he moved to pursue a solo career.

Chayanne is a son of Quintino Figueroa, a sales manager, and Irma Luz Arce, a teacher (died on 17th April 2014 because of cancer.)

Similarly, on 7th August 1990, he released the album 'Tiempo de Vals', featuring some his best-selling singles including the title track, composed by Jose Maria Cano. This album was nominated for Pop Song of the Year at the Lo Nuestro Awards in 1993.

Also, see the biography of; Lucero

In 1998, Chayanne received his second Grammy nomination with the album 'Atado a Tu Amor',  and was featured in the number-one hit since 1992, "Dejaria Todo".

Chayanne is also a former member of 'teen group Los Chicos' (The Boys). His recording career includes 14 albums/CDs, 5 with Los Chicos and 9 others as a solo performer in Spanish.

Talking about Chayanne's acting career, it began in 'Dance with Me' along with Vanessa L. Williams in 1998. On 28th September 2008, he also worked in the title role (of a vampire) on the television series 'Gabriel: Amor Immortal' on Mega TV.

The couple has a son named Lorenzo Valentino Figueroa. He gave named 'Lorenzo' to his son in an honor of his hometown of San Lorenzo. The couple has a daughter named Isadora Sofia Figueroa born on 10th December 2001.

Awards and his Earnings: Salary & Net Worth

Chayanne won many awards and nominations in his career. He won TV Music Video Award, Best International Video as well as Youthful Legacy Award. In 2001, he won Billboard Latin Music Awards and Greatest Hits Album of the Year in 2002.

In 2002, Chayanne launched a concert tour in three years. Beginning with a Chilean kickoff, he toured in Spain and many of Asian venues.

Chayanne worked with 21 solo collections and also sold more than 30 million collections around the world. This attractive personality stands in a height of 6 feet 4 inches and has an estimated net worth of $35 million.

Marilisa Maronese, former Venezuelan beauty queen and Chayanne have been married since 1997 and have two children together.

Lorenzo Valentino Figueroa is the second child and only son of Marilisa Maronese and Chayanne.