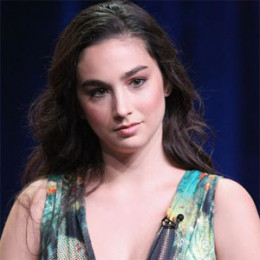 American actress, Molly Ephraim is popularly known for her roles in the TV series, The Last Man Standing. She then appeared in several movies and TV series like- College Road Trip, Paranormal Activity 2 and Paranormal Activity: The Marked Ones among others. Before appearing in the movies and series, she worked in Broadways, off Broadways and regional theater productions.

Molly Ephraim born on 22nd May 1986 in Philadelphia, Pennsylvania under the birth sign Gemini is American as per nationality, and as far as her ethnicity is concerned, she is White. She is the daughter of Nina Zebooker and William F. Ephriam. She has a brother, Max.

From a very early age, Ephraim was interested in dancing and acting. She used to perform at the Bucks County Playhouse as a child and also at the Prince Music Theater and Arden Theater Company as a teenager.

Ephraim graduated with a B.A. degree in Religious studies from Princeton University. While at the university, she was a member of Triangle Club. She also used to perform and choreograph various shows in the university.

Molly Ephraim established herself in Hollywood by appearing in theater plays at first and later in movies and series. Ephraim also earns much of the fame from her singing career as well.

Ephraim, at the initial phase of her career, appeared in several theater plays. In 2002, she made her debut in the Broadways as Little Red Riding Hood in the revival of Into the Woods. Her amazing performance in the play got her a nomination for a Drama League Award.

Two years later, Ephraim appeared in the Broadway revival of Fiddler on the Roof as Bielke. In 2008, she played Olive in The 25th Annual Putnam County Spelling Bee at the Barrington Stage Company. Her latest theater work includes 2015’s Bad Jews by Joshua Harmon at the Geffen Playhouse.

Molly Ephraim made her Hollywood debut in 2003 from the TV series, Hench at Home as Ally Hench. Her big screen career started from 2008's movie, College Road Trip appearing alongside Raven Symone, Martin Lawrence, Brenda Song, Kym Whitley, and Donny Osmond among others.

The same year, Ephraim appeared in the TV series, Law & Order by Dick Wolf. She then worked in numbers of series and movies like- Royal Pains, Paranormal Activity 2, and Gravy among others.

However, she is popularly known for her roles in the TV series, The Last Man Standing where she shared the screen with Tim Allen, Nancy Travis, Kaitlyn Dever, Amanda Fuller, Hector Elizondo, and Christoph Sanders among others.

As of 2018, Ephraim is working on some series like- Brockmire by Tim Kirkby and Halt & Catch Fire by Christopher Cantwell. She is also working on a 2018’s movie, The Front Runner by Jason Reitman which will be releasing soon.

Molly Ephraim is also involved in singing and has sung numerous soundtracks for movies, No One Is Alone(2002) for the movie Into the Woods being the first one. After two years, she sang Matchmaker for Fiddler on the Roof, a musical with other artists like- Lea Michele, Laura Michelle Kelly, Sally Murphy, and Tricia Paoluccio.

On 5th April 2011, Ephraim released her first album with Zambian Gospel Music Ephraim, Six Years Of. The same year, she released two albums back to back titled, Limo Tanaka and Lesa Talekelesha. In her 2015’s album, Zambia Music, she featured Gain Hankope, David Zee, and Michael Ellis among others.

Molly Ephraim is unmarried and has no children. Ephraim has never referred to anyone as her boyfriend. Previously, she was rumored to be in a relationship with co-star, Christoph Sanders. Later, the on-screen couple denied the rumors and concluded that it was just a baseless buzz. 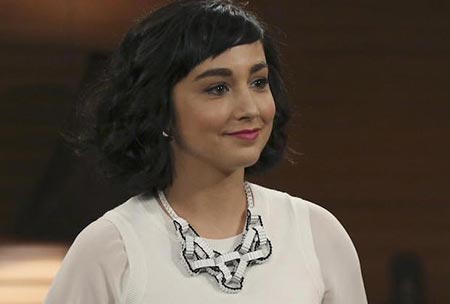 Ephraim is possibly single in the present days. Still, her fans speculate that the star has hidden her personal life and boyfriend.

Meanwhile, she revealed her secret boyfriend via Instagram post back in June 2018. The couple is having a great time together. They may get married soon still, details about her man is still a mystery for all of her fans.

a rock on a rock

Molly Ephraim has an estimated net worth of $1 million as per some online sources. However, the official amount is not public. Some of her movies that made a good collection at the box office include:

Ephraim has the Bull Terrier breed dog costing around $3500.