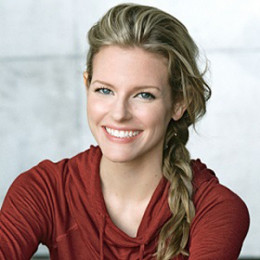 American comedian, actress, as well as a writer Chelsey Crisp is well-known for her portrayal of Honey Ellis on ABC's American sitcom Fresh Off the Boat. She is also known for guest-starring in the series Rizzoli & Isles, Happy Endings, NCIS: New Orleans and so on. Crisp also earned a Shakespeare certificate from the British American Drama Academy, from where she graduated in 2003.

Chelsey Crisp was born on June 15, 1983, in Phoenix, AZ, United States. Regarding her nationality, she is American and belongs to White-American ethnicity.

Since her childhood days, Crisp was keenly interested in acting and began performing in Community Theater. Crisp went to Agua Fria High School. In 2001, Crisp moved to Los Angeles and joined the American Academy of Dramatic Arts from 2001 to 2003.

During her college days, she went on a trip to England with a Shakespeare program. That was the first time she went on a foreign trip without her family. 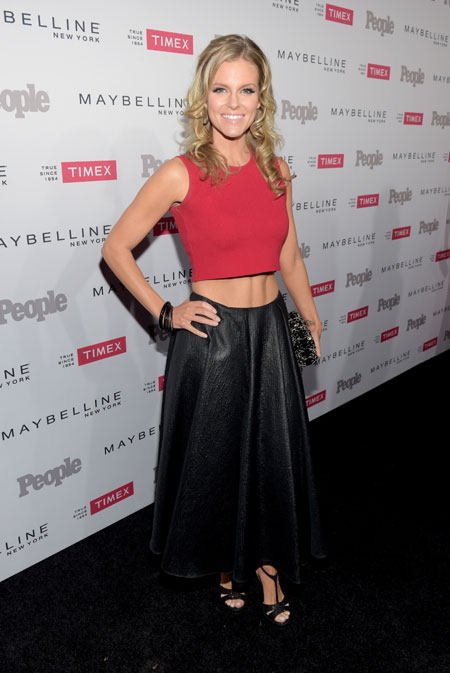 Chelsey Crisp attends PEOPLE's Ones To Watch Event in 2015 in West Hollywood, California

Later, Crisp appeared in a number of movies and television series including, Sludge, Extra, Why Can't I Be You?, Threshold, and The American Standard among others. In 2009, Chelsey also featured in the award-winning film Reconciliation.

She cast as Honey Ellis in the American sitcom, Fresh off the Boat since 2015. In 2017, May 12, ABC renewed the series for a fourth season. Moreover, she is an artistic director and also a part of the comedy team, Duchess Riot.

Apart from her career as an actor, she once went to Singapore to help open up the new Disneyland there. It was a breath of a fresh air for her to go to a new location.

Chelsey Crisp net worth is estimated to be around $1.6 million. She has been part of the series Fresh Off The Boat since season 1, and in 2017 the series has been renewed for the fourth season.

According to the sources the youngest cast of Fresh Off The Boat, Hudson Yang made $227,500 for his appearance in the first 13 episodes. Considering Crisp's experience she probably made more than that from the series.

Crisp has an apartment in Los Angeles where she lives with her husband.

On 5th November 2016, Chelsey Crisp married an American film producer, television producer as well as a screenwriter Rhett Reese. The pair first met at a wrap party for Spike TV’s The Joe Schmo Show, where Reese worked as a producer and Crisp worked as an actress. 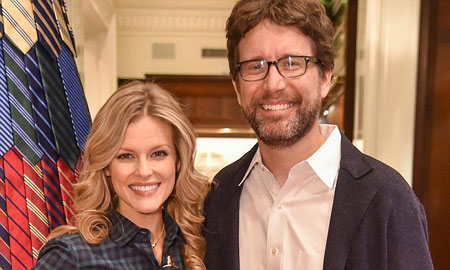 Both of them grew up in Phoenix and this is what made them close to each other. After dating for more than three years, they got engaged in 2015 during the Christmas holiday. In 2016, they tied the knot in front of 225 guests in Paradise Valley, Arizona.

Talking about why they choose the destination, she said,

“Saying ‘I do’ in our hometown, with the sun setting over Camelback mountain and everyone we love around us is a perfect way to start our life together.”

The actress was looking beautiful. She wore an Allure gown made by Lillian Couture. The wedding was planned by Sterling Weddings & Events. The surrounding was looking enigmatic with flame calla lilies, black magic roses, and gold cymbidium orchids.

Hi, friends. Some of you picked up on this during last night’s episode, so let me confirm. Honey is having Baby #2, because I’m having Baby #1. While last season’s pregnancy pad didn’t exactly prepare me for the real thing, it was a good practice run. (Except taking that thing off at wrap was a lot easier than getting kicked all night by this animal!) Husband & I are very excited for this next stage and I’m so grateful to my @freshofftheboatabc family for their love & support. Especially the AD team who keeps me flush with crushed ice while @hudsonyangfotb & @wheeler_forrest laugh at me You guys are the best

For those of you who don't know, Chelsey is mostly vegan. In an interview, she has even stated her favorite vacation spot is Kauai. Whenever she is free, she likes to go hiking with her friends and her favorite hiking destination is Hawai.

Whenever she is not working, she tends to spend time with her family back in her hometown of Phoenix, Arizona.

Chelsey Crisp on how Fresh Off the Boat parallels real life, check out the video,