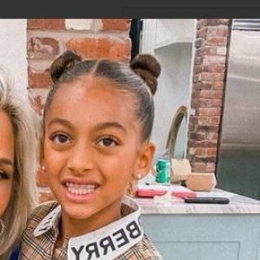 Chloe Chrisley became the talk of the town after her grandfather Todd Chrisley appeared in the reality television series Chrisley Knows Best. She is popular as the daughter of Kyle Chisley and his ex-girlfriend Angela Victoria Johnson.

Chloe Chrisley is the celebrity kid born to actor Kyle Chrisley and his ex-girlfriend Angela Victoria Johnson. The lovebirds dated for several years before welcoming a baby daughter Chloe in 2012. 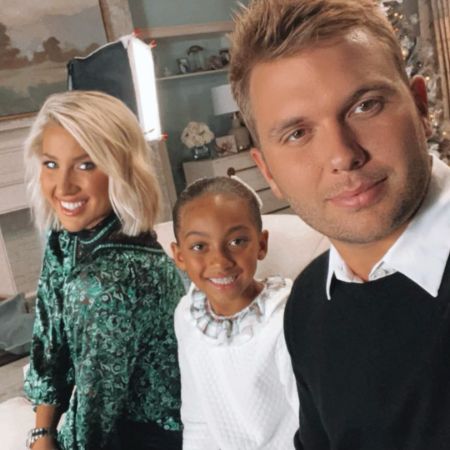 Well, Chloe's biological parents separated when she was only two years old following domestic violence allegations. Kyle was also accused of choking Angela when she was pregnant. Due to this split, the young Chloe didn't get proper love and care.

Moving on, Chloe is just nine years old, which is not the age to marry or date someone. She still needs the care and support of her parents. However, as time passed by and at an appropriate age, the celebrity kid probably dates a guy of her choice.

In the reality show Chrisley Knows Best, Kyle Chrisley was always seen on bad terms with his dad Todd Chrisley. Kyle was referred to as the black sheep of the family who spoke against his father multiple times in the show. 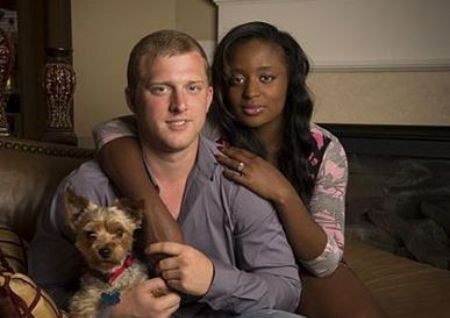 Further, Kyle was even kicked out of the show by Todd and started living away from his family. Infact, Kyle was upset as his child's custody was given to Todd and his former girlfriend, mother of his child, Angela Johnson. The guy wasn't even allowed near his baby.

Eventually, Chloe's father struggled with addiction and several arrests as per the magazine Distractify. Kyle also revealed his father was going into bankruptcy and invading tax for many years in Georgia, pretending to stay in Florida.

In Sep 2019, Kyle reconciled with his dad after a suicide attempt. Chrisley also took to his Instagram with a beautiful caption in July 2021 to thank his father for sticking by him in life.

Following the breakup, the custody of Chloe went to Angela and Todd. Angela later got arrested in Anderson County on the charge of false application for Medicaid Assistance in 2016. Therefore, Chloe's grandparents gained full custody of the then two-year-old.

Additionally, it is rumored that Kyle was still fighting over Chloe's custody, but Angela never gave him daughter's custody. Kyle has moved away from his family and is currently living a sober life with Alexis Whilby-Chrisley.

Surprisingly enough, in one of Chrisley Knows Best episodes, Kyle brought his daughter back home, reflecting that everything is going pretty well between him and his family.

How Rich Is Chloe Chrisley?

Chloe Chrisley was a cast member on the reality television series Chrisley Knows Best. She's appeared on the show along with her dad since it first began in 2014. But Kyle didn't remain there for long.

Here's the video of Todd Chrisley slamming a woman over his biracial granddaughter comment.

The grandfather of Chloe, Todd, is an American business tycoon. Todd is a multimillionaire with a staggering net worth of $46 million after bankruptcy. The mansion Chloe and her parents reside are worth $2 million.

As of 2021, the celebrity child, Chloe Chrisley, is just nine years old and is too young to pursue her career in any field. Currently, Chloe focuses on her education rather than any profession.