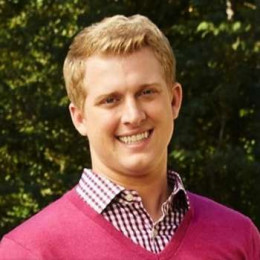 Kyle Chrisley is a reality star who appeared in the USA Network's reality show Chrisley Knows Best along with his family members. He is popularly known for being Multimillionaire real estate mogul Todd Chrisley's son. The show gives an in-depth the life of Todd and his family. He also starred in the talk show, The Real in 2014.

He resides with his wife Alexis Whilby in Georgia. He is a father of one child from his previous relationship. He had a history of substance abuse but is sober for many years.

Chrisley grew up with his other siblings Chase Chrisley,  Grayson Chrisley, and Savannah Chrisley. His parental grandparents are Gene Raymond Chrisley and Faye Chrisley. Kyle was sent off to Samoa, Polynesia to study and while his time there, he also worked with Red Cross.

Kyle is a reality star who appeared in the reality show, Chrisley Knows Best with all his family members. The show shows the luxurious life of Todd Chrisley and how lavish they live and their daily life activities.

The show premiered on March 11, 2014, and the family slowly became widely known. Kyle wasn't a regular on the show as he always had some personal issues going on and eventually he was kicked out the show leaving no sign of him in season 2.

The same year, Chrisley was cast in the American broadcasting talk show The Real. He started recording music with his wife Alexis and made some earning out of it.

Kyle Chrisley's net worth is not estimated and it is still under review. As Chrisley was a reality star he earned lots of income by appearing, in reality, shows Chrisley Knows Best and The Real. Chrisley and wife Alexis have bought a 3000-foot house in Georgia.

They record music together under the name Kyle and Alexis. We can see their recorded music on their facebook page named Lexi and Kyle Chrisley. 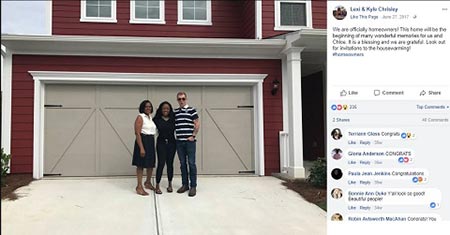 His father Todd Chrisley is a multimillionaire who has a net worth of $46 million after going into bankruptcy. The mansion the Chrisley family resides in is worth $2 million.

Kyle Chrisley is married to wife Alexis Whilby-Chirsley. It is confirmed that they are married but the details as to when it happened is still a mystery. They don't have any children as of yet but no one knows when we might get the big news.

Before marrying Alexis he was in a relationship with Angela Victoria Johnson and even shared a baby daughter named Chloe with her born in 2012. Angela and Chrisley had some serious issues prior to separation. 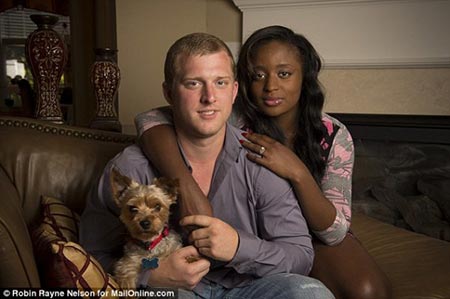 He was accused of domestic violence by Angela who even revealed about Chrisley trying to choke her while she was pregnant. Angela complained about Chrisley's drug use and how he used to be violent towards her. This led to their separation and the custody of Chloe Chrisley going to mother Angela and Chrisley's dad Todd.

It is rumored that Chrisley is still fighting over Chloe's custody but Angela has vowed never to give him her custody. Now, Chrisley lives away from his family and has chosen a positive way of life for his future. Chrisley is living a sober life with his wife Alexis and says he has been sober for four years. He wants to continue living a happy life with his wife.

Earlier this year on September, in one of the episodes of Chrisley Knows Best he brought his daughter back home which shows everything is going pretty well between him and his wife.

In the reality show, Chrisley Knows Best, Kyle Chrisley was always seen on bad terms with his dad Todd Chrisley. Kyle was referred to as the black sheep of the family and spoke against his father multiple times in the show. He was even kicked out of the show by Todd and started living away from his family moving to Georgia while his family stayed in Nashville.

Kyle spilled the beans about his father going into bankruptcy and about him invading tax for many years in Georgia pretending to stay in Florida. This went major and people started investigating deeply into the matters and the state was all around Kyle to ask him things.

Here is a video featuring Kyle Chrisley and Alexis Whilby's song Shame On You.

Kyle Chrisley married Alexis Whilby in a private ceremony. The details related to their marriage is still a mystery to everyone.

Kyle Chrisley has a baby daughter named Chloe with former girlfriend Angela Johnson. They went their separate ways and the custody of the baby went to mom Angela.