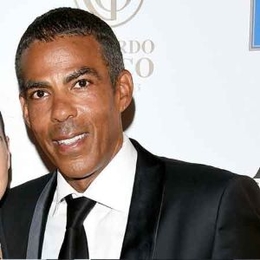 Having produced and written several hit songs, Chris Ivery is a renowned and one of the respected celebrities in the US. Other than being one of the reputed music producers in Hollywood, he is also popular as the partner of a famous American actress, Ellen Pompeo.

Who Is Chris Ivery's Partner?

The American producer is living a blissful married life with his wife, Ellen Pompeo. His partner is a celebrated American actress famous for on-screen works like "Grey's Anatomy," "Daredevil," "Art Heist," "Catch Me If You Can," etc.

How Did They Meet And Married?

The met romantically at a grocery store in Los Angeles in 2003. However, the love between the two did not click instantly, and they became friends initially. 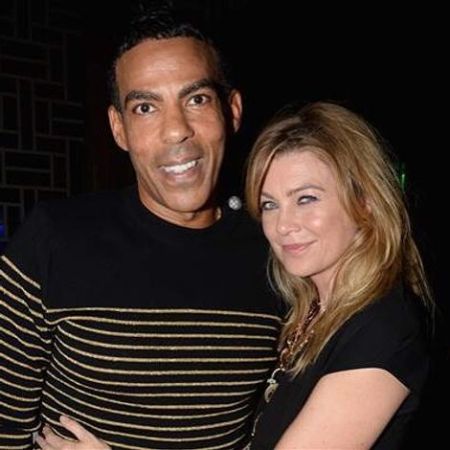 After being friends for six months, they finally started dating. On November 10, 2006, Chris got down on his knees and proposed her with a 3.5-carat diamond ring.

The "Grey's Anatomy" star said "yes," and they became engaged. After a year, the love birds decided to get hitched.

On November 09, 2007, the duo tied the knot in a private ceremony in the gathering of their family, relatives, and friends at City Hall, New York. New York City mayor Michael Bloomberg served as a legal witness at the couple's wedding. 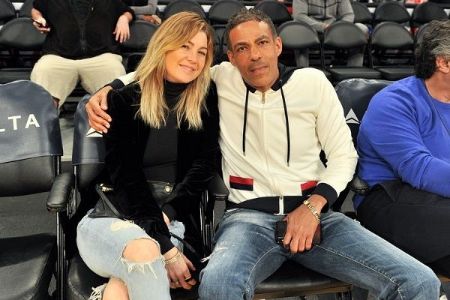 Chris Ivery is living happily with his wife Ellen Pompeo for many years. SOURCE: Married Biography

Since that time, the couple has been together staying. Although a couple of years ago, there had been rumors of the couple's disputes and that they were divorcing, it turned out to be false, and the two have been living happily together.

Children From Their Marriage

Chris and Ellen share three children from their matrimony. They welcomed their first child, daughter Stella Luna Pompeo Ivery on September 15, 2009. After a few years, their daughter Sienna May Pompeo Ivery was born through surrogacy in 2014. 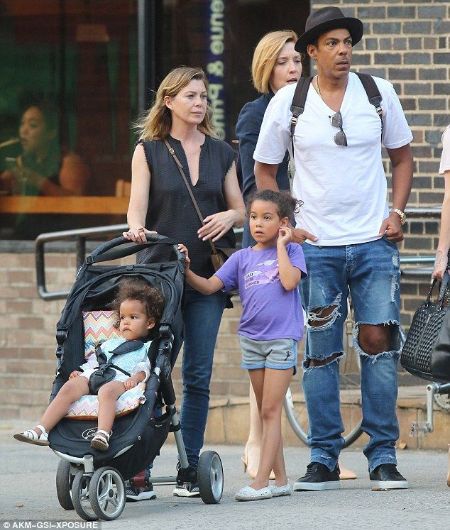 Chris Ivery with his spouse Ellen Pompeo and their daughters; Sienna May and Stella Luna Pompeo. SOURCE: Pinterest

On December 29, 2016, his partner gave birth to a baby boy Eli Christopher Pompeo Ivery.  Right now, the couple is working on raising their kids in the best way possible as they can.

How Much Fortune Does Chris have?

When it comes to comparing wealth, Ivery's wifey is also no less than her husband, who also boasts a whopping $70 million. In addition to that, she makes an annual salary of $20 million from her television works.

The celebrity duo, in addition, owns a house in Malibu worth in millions and several cars.

Chris Ivery is married to his wife Ellen Pompeo. His spouse is an American actress popular for "Grey's Anatomy," "Daredevil," "Art Heist," "Catch Me If You Can," etc.

Along with his actress wife, Ellen Pompeo, Chris Ivery has three children, the oldest one is Stella Luna Pompeo.

Chris Ivery and Ellen Pompeo's middle child is Sienna May Pompeo Ivery who was born through surrogacy in 2014.