Home Article 48 Years American Actress Ellen Pompeo Is Married to Husband Chris Ivery Since 2007; The Couple Shares Three Children; Chris Was A Convicted Criminal In The Past

48 Years American Actress Ellen Pompeo Is Married to Husband Chris Ivery Since 2007; The Couple Shares Three Children; Chris Was A Convicted Criminal In The Past 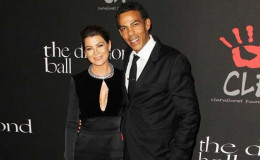 known for her famous role in Grey's Anatomy, Ellen is now living a blissful life with her husband and children. Let's know more about her here.

The star who is known for her role as Dr. Meredith Grey on the famous TV show Grey's Anatomy and three times People's Choice Award winner, Ellen Pompeo is now the most paid actress in the industry.

She is married to Chris Ivery for the past 10 years and has children as well. Let's know about her life with her husband and take a close look at her husband's past controversies.

Ellen Pompeo known for her work and contribution to the entertainment industry and work in the TV series Greys Anatomy is living a blissful life with her music producer husband, Chris Ivery.

The couple met each other at a grocery store in Los Angeles in 2003. They started dating then and tied the beautiful knot in 2007. The couple did not have a lavish wedding as they got married at City Hall in New York with Mayer Michael Bloomberg serving as their witness. 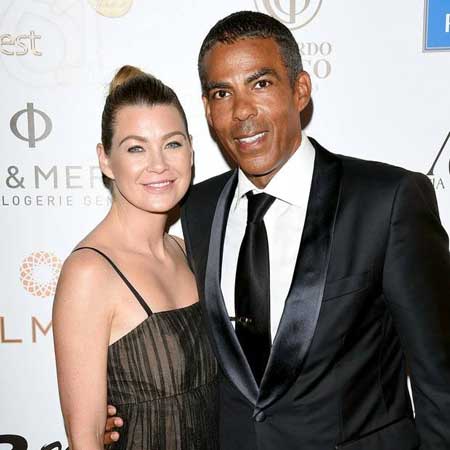 The couple has three children altogether, Stella who was born in 2009. Her second child Sienna with the help of a surrogate mother which she revealed after two months the child was born in 2014 and in 2016 she welcomed her third child, Eli Christopher. 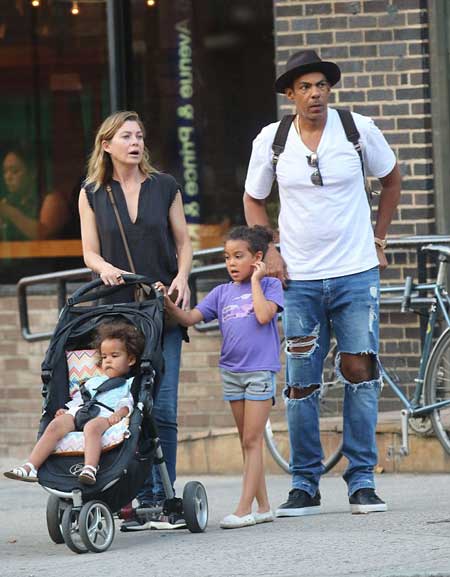 Ellen with her husband and children
Source: DailyMail

The couple has been spotted several times strolling around the city with each other going to lunch and dinner. 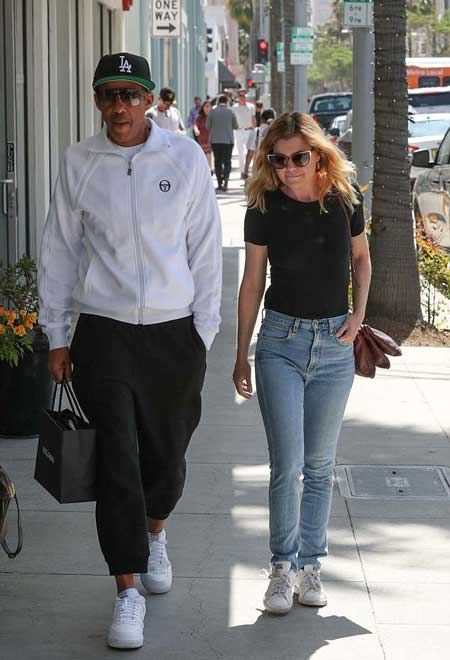 Pompeo has several allergies and suffers from asthma so she cannot have dogs but has two toy poodles.

But every guy is not a perfect guy. Chris had a troubling past as he was convicted at least 13 times on his records including drug trafficking, credit cards fraud, postal thief and several others for which he had to stay behind the bars for a long time.

But the man has changed and done a turnaround on his past moving forward to live a happy life with his family with no controversies.

Talking about the stars past life and how she began, she worked as a barmaid in Miami and then she moved to New York and began appearing in several commercials.

Her career took a turn when she screened as the guest roles in TV series Law & Order, Friends, and Strangers with Candy and made her film debut with a small role in 1999 crime movie, Coming Soon alongside Ryan Reynolds and Aston Kutcher.

After that, she appeared in the crime movie 'Catch Me If You Can' in 2002 alongside Leonardo DiCaprio and Tom Hanks. The movie was based on the life of the famous con-man, Frank Abagnale. The movie was a success which got positive reviews and earned several awards and nominations. 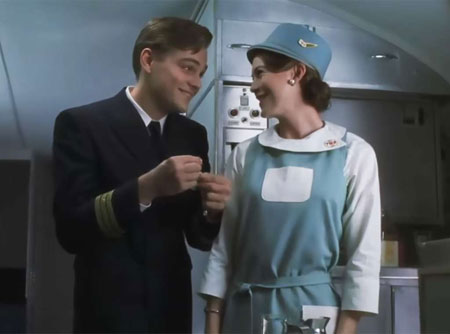 Ellen alongside Leonardo from the movie Catch Me if You Can
Source: EOnline

In 2003, she appeared in three movies, Old School, Daredevil and Undermined which all became a huge success which led to a positive feedback on Ellen's role. She then appeared in the movie, Art Heist in a lead role in 2004 and in Spider-Man 2 in the same year.

Since 2005, she has been portraying the role of Dr. Meredith Grey, the lead character in the popular TV series, Grey's Anatomy which gained her international popularity and is now the highest paid TV actresses worldwide. The show has earned several awards along with five Emmys. 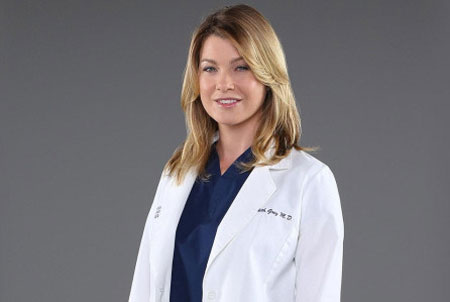 Talking about the awards she had won, she received the "Satellite Award" for Best Actress in 2007 and three People's Choice Awards for Favourite TV Drama Actress in 2013, 2015 and 2016 for her role in Grey's Anatomy.

She also received the Taormina Arte Award at Taormina Film Festival in 2015 and was also ranked fourth in the list of Forbes magazine's list of highest-paid TV actress in 2015. 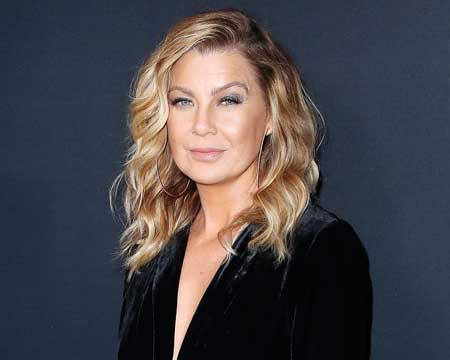