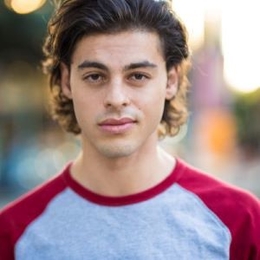 Chris Petrovski is a rising name in Hollywood who gained a lot of popularity in a short time because of his incredible acting skills. He moreover gained recognition by his role of Dmitri Petrov in the CBS show 'Madam Secretary'.

The young actor Chris Petrovski is becoming a household name because of his hit series "Madam Secretary". The fans are not only curious about his body of work but also about his personal life as well. Is the handsome hunk still single or is already off the dating market?

"The Blacklist" star Chris is happily married to actress and writer Alexandra Juliana Lemus. The couple tied the knot on September 2016 in New York in an intimate ceremony. 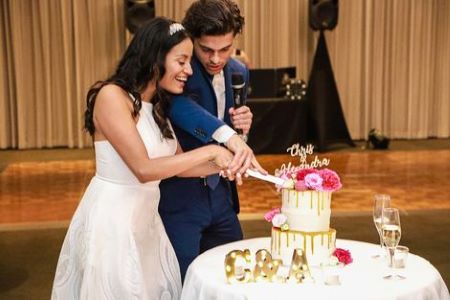 Chris Petrovski cutting the wedding cake alongside his wife.

For the big day, the bride opted a simple halter neck white gown. She ditched veil and chose a tiara for her head. Meanwhile, the groom looked handsome in a blue suit with a cream-colored tie.

Well, the couple were dating from 2014 and took the big step in their relationship after two years of dating. The pair is living a sucessful conjugal life for over one year, and there is no news of separation as well.

Th life partners furthermore, are work partner as well. They worked together in the TV series "In the Moment".

Scrolling through his Instagram posts, it is clear that he is close to his family and loves spending time with them. Additionally, he enjoys traveling, as well. Recently he went to his motherland Macedonia with his family.

The 28 -year-old Chris Petrovski works as an actor in different mediums such as television, films, and theatre. He accumulated a decent amount from his acting career. 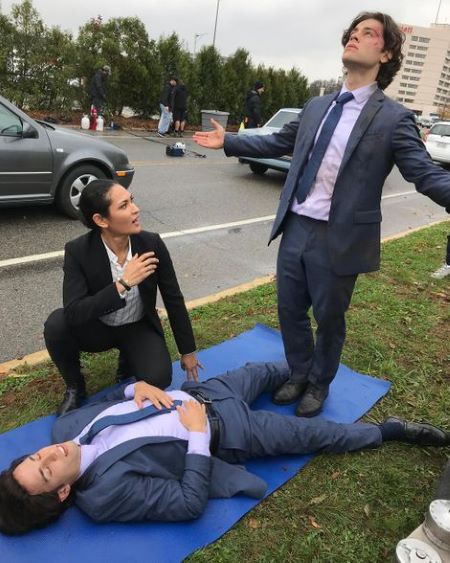 Chris Petrovski Overall Net-Worth and Salary as an actor

Chris holds a net-worth of around $200,000-$ 500,000. He is working in the entertainment industry for over eight years and is part of many movies and television shows. On average, an actor in the USA earns 19.1 thousand-$155 thousand a year.

The young actor started his career in his native country New Zealand with the show "Spartacus: War of the Damned." He then continued to raise his profile by working in films such as "All Cheerleaders Die" and "Coldwater."

Check out the trailer of Coldwater.

Petrovski, however, got mainstream limelight when he played the character of Dmitri Petrov in the CBS show "Madam Secretary". He was particularly praised for his Russian accent. In the show, he shared the screen with actors such as Tea Leoni, Sara Ramirez, and Patina Miller. The show is now for binge-watch on Netflix.

It looks like the star's popularity is only going to increase in upcoming days as his many projects are in the post-production phase. Some of his future projects include "Catching Up", "The Drummer" and "Paradise City".

The versatile actor, additionally also performs on Theatres. The median pay for actors in theatre is $16.82/hour. 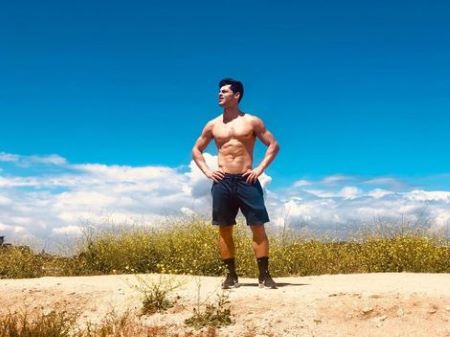 Alexandra Juliana Lemus is an actress and a writer. She and Chris Petrovski are married for over a year. They dated for two years before marriage.