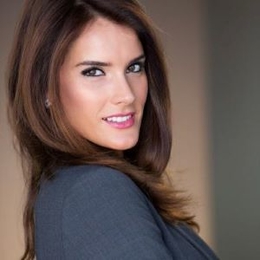 Christina Pascucci is an American reporter who is best known for her work in the channel 'KTLA, Los Angeles'. The multi-talented personality is also an actress and has appeared in a few movies such as well.

The TV personality, Christina Pascucci won millions of hearts because of her fantastic news delivery skills. However, the other facets of her personality will leave her fans even more amazed.

The Brunette is in Love

The Emmy-Award-winning journalist Christina Pascucci is in a relationship with Dave Mast for over a year. The couple first met in the summer of 2018 at an event and soon started dating. 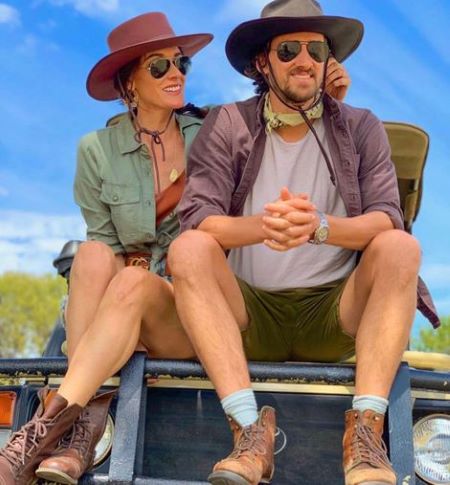 Most celebrities such as Carey Mulligan and Emma Watson like date in secret and keep their romantic interest away from the media. However, Christina is open about her boyfriend and regularly provides a glimpse of her love life.

The pair celebrated their first anniversary as a couple with a dinner night at US Bank Tower in Los Angeles. Similarly, the duo recently returned from their vacation from Kenya and Tanzania.

Christina and her beau is currently busy better understanding one another and deepening the bond. Furthermore, looking at their vacation pictures, they share similar hobbies such as hiking and traveling. So, it would not be a piece of surprising news if they decide to put a ring to their relationship.

Christina is an Adrenaline Junkie

The Italian-American news anchor loves traveling and trying adventurous sports. Infact, she has done skydiving a couple of times. Her last skydiving was in September 2019 in Los Angeles with U.S. Navy Parachute Team. In addition to that, she loves skiing and scuba diving. 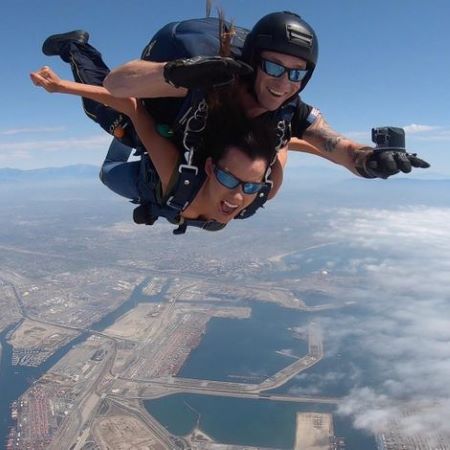 She, however, is not so much interested in luxury items and buys her clothes from Zara, BCBG, Nordstrom/Nordstrom Rack. Her favorite beauty product is a common Nivea moisturizer.

Christina Pascucci is working as a news anchor for nearly a decade. So, it comes as no surprise that she accumulated a decent net-worth from her profession. 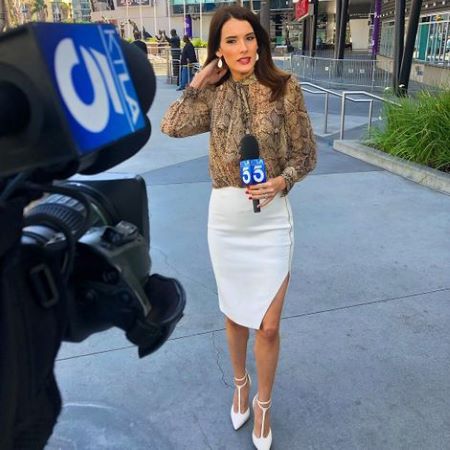 The journalist getting ready to be on air. SOURCE: Christina Pascucci Instagram (christinapascucci).

She is Earning in Hundreds of Thousand

The experienced journalist Christina holds a total net worth of $200 thousand -$400 thousand. She earned this fortune primarily through her journalism. She is reporter and anchor at KTLA since 2011. On average, a news anchor in KTLA makes $46 thousand -$ 302 thousand yearly.

She did some Excellent Reporting and Brought Change

Pascucci mostly appears in the morning news program alongside Glen Walker. However, she previously used to host programs alongside Chris Burrous who died on December 2018 after an accidental overdose.

The KTLA veteran also made a name for herself in reporting world through excellent reporting. In 2015, she did an investigating reporting on wasteful water use policies in Los Angeles. Her reporting was so effective that the  Los Angeles Department of Water and Power policies brought change in their systems and save millions of gallons of water.

The news anchor also gained limelight when she was invited in Dalai Lama palace in India for an exclusive interview with him.

She gives back to her Community

The journalist is also passionate to bring positive change in human rights and environmental issues. So, she is involved in charities such as Children of War Foundation,88 Bikes, Big Brothers Big Sisters program and Rotary.

Facts about Christina that will Leave You Amazed 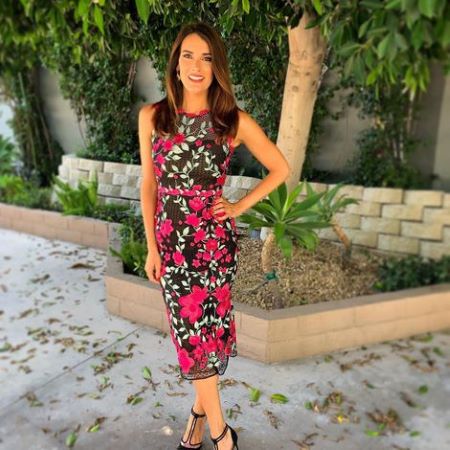