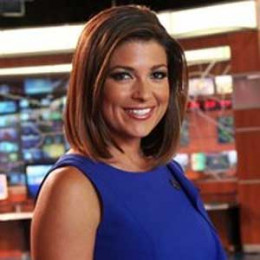 An American journalist, Christina Salvo is the weekend anchor of ABC7 Eyewitness News. Christina is the two-time Colorado Associated Press Award winner for general reporting and investigative reporting. She also worked for KXRM-TV as a weekend anchor plus reporter and on KNTV-TV as a production assistant. Christina is also known as a person with a distinct style of presentation and is also a famous columnist.

Christina was born on 22nd November 1978 in Denver, Colorado.  She is an American and comes from mixed descent. She was raised by her parents in Arcadia, Southern California and later on, moved to Colorado. Christina graduated from Santa Clara University. During her graduation, she interned at ABC7 Eyewitness News!

After the intern, Christina Salvo officially joined ABC7 Eyewitness News and became weekend morning co-anchor and general assignment reporter. After that she started working as a production assistant at KNTV-TV, is an NBC owned-and-operated television station licensed in San Jose.

Moreover, she also worked as a weekend anchor, and reporter for KXRM-TV, a Fox-affiliated television station in Colorado Springs.  Her hard work and dedication might earn her great success like other anchors and news reader of the same news channels like- Mark Halperin, Peter Hitchener, Sam Champion, and Paula Zahn.

On 10th September 2011, Christine married Mike F. in a ceremony with their family, friends, and relatives. The couple first met in 2007 at an official program and presented together. After the event, they started dating and married after long years of relationship.

They have no children yet, but soon they might have a baby if the rumors about Christine being pregnant is true.

Christine is also a social activist. She helped for the relief of the Syrian People. Moreover, she also aided in the nourishment and training of the Syrian Youngsters.

Christina Salvo is not open to media about her income. So far she has been very successful in her profession which might have earned her a huge net worth.

On 10th September 2011, Christine married Mike F. in a ceremony with their family, friends, and relatives after years of dating. They have no children yet.