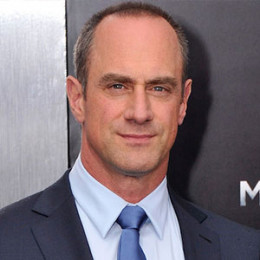 Christopher Meloni is a famous American TV series actor who is better known for his work in Law & Order television series. He is also recognized form his movies like Man of Steel and 12 Monkeys.

Christopher Meloni is married to Doris Sherman Meloni who is a production designer by her profession. The duo is in a marital relationship for more than two decades and four months.

Melonie and his spouse, Sherman are united as life partners for decades yet they relish one another's a company with no rumors of extramarital affairs and separation rumors. As of April 2020, the family of four currently resides in Los Angeles in a homemade famous by the show "The adventures of Ozzie and Harriet".

Reading this you must be curious to know, how the story started! Aren't You?

The duo first met in 1989 after Doris suddenly arrived at the set of television series on her motorcycle where Christopher was working at that time. The 57-years-old actor was impressed by Doris's bleached blonde hair and retro sunglasses. The actor was attracted by her looks and then, he decided to talk with her.

The pair initially was not in a relationship but became friends and started meeting together. At the time Doris was in a relationship with someone but even then she invited Christopher to a party of her. Then, more time passed and they meet again in an event where Christopher was with her girlfriend this time. The couple enjoyed their own separate relationship for two more years.

The husband and wife duo finally shared their wedding vows on July 1, 1995, after dating for five years. The ceremony was held on a beach in Malibu with a medieval-themed wedding followed by the shots of Tequila.

You May Also Like: Henry Cavill's Personal Life and Relationships

The couple is the proud parents of their two children; one daughter Sophia Eva Pietra Meloni and one son Dante Amadeo Meloni. Their children were born on March 23, 2001, and January 2, 2004, respectively.

Christopher is presently out of any controversy and is living his days with the love of life and two children in Los Angeles. Moreover, there is no sign of conflict and divorce between the couple.

How much is the Net Worth of Christopher Meloni?

Christopher Meloni holds an estimated net worth of $30 million all thanks to his acting career. Its no wonder that the actor has such a huge net worth as his salary per episode from one of his hit series, Law & Order: SVU is $395,000. In his career, he worked in numerous other TV series from which it's pretty evident that he earned the same figure as mentioned earlier.

Me and my gurl far away over the hills

Christopher rose to fame after playing various characters in tv series such as Law & Order: Special Victims Unit and True Blood, moreover, he debuted in the television industry in 1989 by starring in the 1st & Ten series. At the moment, Meloni is currently acting and producing in the comic book series based series Happy!

The Hollywood star also worked in numerous films where he also garnered much love and support from his fans. He first appeared in Clean Slate as a Bodyguard in 1994, after which he played in more than 30 films. His film Man of Steel was his most successful venture which collected $668 million at the box office, against the budget of $225 million.

The Law & Order actor owns a house in New Canaan, CT which has a price tag of $4,381,000.The house is a big mansion that is built in 8063 square-foot and has luxurious interiors.

The Hollywood star also owns a 3000-square-foot apartment in Manhattan which has been listed on and off at various prices in the market. The maximum price for the house was marked as $12 million and the lowest was $9.95 million.

Christopher Meloni was born on 2 April 1961 in Washington, D.C. in the USA with Aries zodiac sign. He is the youngest son of Cecile Meloni and Charles Robert Meloni who were a homemaker and endocrinologist respectively. Further, he was raised along with his elder brother and sister in the States.

The 57 years old actor studied at the St. Stephen's School in Alexandria, Virginia. He was interested in sports and joined the football team to play as a quarterback.

Then, he started to study acting at the University of Colorado at Boulder and then graduated with a degree in history in 1983.

The acting star afterward, joined the Neighborhood Playhouse (school of theater at New York) and studied with Sanford Meisner. Further, he also completed Media Arts studies at the Center.

Christopher Meloni and Doris Sherman shared the wedding vows on July 1, 1995, after dating for five years.

Christopher Meloni and Doris Sherman Meloni are the proud parents of their daughter Sophia Eva Pietra Meloni who was born on March 23, 2001.

Christopher Meloni and Doris Sherman Meloni are the proud parents of their son Dante Amadeo Meloni who was born on January 2, 2004.