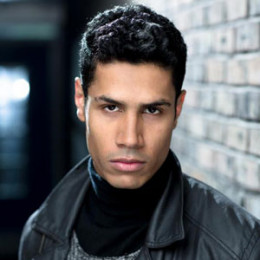 Chuku Modu born Chukuma Modu is a British actor and screenwriter who is popular for his role in the series "Game of Thrones" where he portrayed a Dothraki warrior named Aggo. As for his screenwriter career, he wrote a short movie, "Heavy Weight" and a post-production movie "Freedoms Name is Mighty Sweetland" where he has acted too. He appears as one of the main lead in the role of Dr. Jared in the ABC's series "The Good Doctor" and was cast in the Television show, "Snatch".

Chuku Modu was born Chukuma Modu on June 19, 1990, in London, England. He was born to an Anglo-Irish mother and a German-Nigerian father who raised him in the West End in the district of Hammersmith. Modu belongs to a mixed heritage of German, English, Irish and Nigerian.

As a young child, he was interested in boxing and started taking training lesson when he was 12 years old. 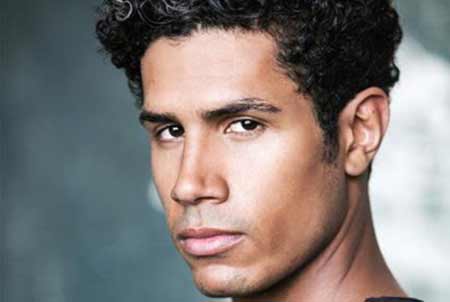 Modu was also interested in arts and used to go to the Globe Theatre in London to watch plays. It was at the age 22 when he started attending acting classes at Richmond Drama School.

Modu is professionally an actor who debuted in the acting world in 2014 when he was cast for a short movie named The Dawn. At the beginning of his career, he appeared in short movies like The Last Days of Margaret Thatcher and 10 Stages.

He came into the limelight when he was cast for three episodes in the HBO's series Game of Thrones season 6 in the role of a Dothraki warrior named Aggo. Modu's role was to protect and serve Daenerys Targaryen played by Emilia Clarke. 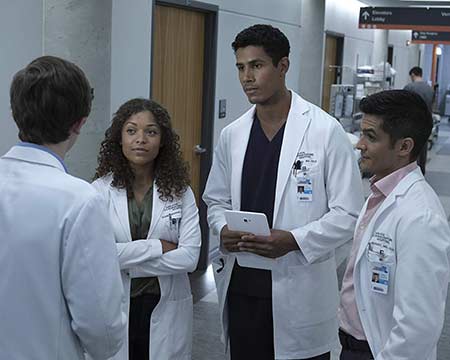 Chuku Modu as a doctor in the series, The Good Doctor.
Source: IMDb

He was also chosen to appear in the first season of the television series named Snatch. Since 2017 he has been a part of the ABC's Medical series named The Good Doctor and in the series, he portrays Dr. Jared Kalu Unger. He is joined by cast members Nicholas Gonzalez, Antonia Thomas, and Freddie Highmore.

Modu's upcoming projects include a 2018 superhero movie named Captain Marvel which is directed by Ryan Fleck and Anna Boden. However, his role in the movie is not revealed. His 2019 movie project include a movie named Freedoms Name is Mighty Sweet for which he is also a screenwriter.

As an actor, the main source of Chuku Modu's net worth is his acting career. Although his current net worth is still under review, we can say his growing career will definitely result in the increment of his net worth.

Chuku Modu is not a married man and there are no details regarding his former relationships as well. He is an actor who loves the privacy and has not mentioned about his love life ever on the social media platform.

Years back in 2014 he posted a picture with a girl on his Instagram but there is no confirmation that she is his girlfriend.

He is a charming guy and stands a height of 6'4 feet with white streak hair. Modu has around 46.1k followers on his Instagram.

Here is a clip of his performance in the series, The Good Doctor.

He posted an Instagram image with an adorable baby on 2nd January 2019. Suddenly after uploading the image, his fans began questioning him if it's his baby.

Waking up in 2019 like.... happy new year beautiful peoples

Some of his fans even congratulated him but the star is still so silent about his personal life and romance.