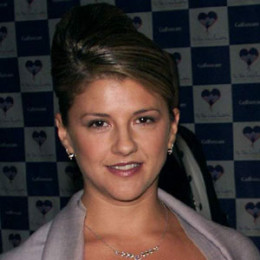 Cindy Millican is a dance choreographer widely known as the wife of legendary musician and Eagles co-founder Glenn Frey. She is living a single life after the painful departure of her husband.

Cindy Millican was born in 1967 in the United States. Nationality-wise, he is American and belongs to the White-American ethnicity.

Millican began her career as a dancer and a choreographer. She rose to stardom after appearing in the science fiction movie The Running Man as a dancer in 1987.

Cindy married late Glenn Frey in 1990. The duo met while Millican was choreographing a video shoot of Glen. They had three children together namely Taylor Marie, Deacon Frey and Otis Frey. The couple lived a blissful and contented married life until Glenn's death due to the complications of rheumatoid arthritis in 2016.

Cindy is currently a single mother of the three children. Apart from Glenn, she has not been involved in any relationship or affairs.

Frey was previously married to Janie Beggs. They tied the knot in 1983 but separated in 1988 after almost five years of being together.

Millican once suffered from the autoimmune disease called Lupus. Lupus is an autoimmune disease and most common among women. She soon got the treatment of the disease. The source revealed that she along with her husband raised money for the charity Lupus LA.

Cindy used to share a great fortune of net worth, $70 million with her deceased husband. She earned a decent amount from her own profession and along with her late husband’s sum she becomes one of the richest celebrities in Hollywood.

Deacon is the second child of Cindy and Glenn. He is the oldest son of the couple.

Otis Frey is the youngest son of the family. She is the second son of Cindy and Glenn.