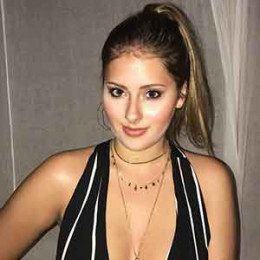 The social media personality and influencer Claire Abbott gained popularity at a young age. She is popularly known as an Instagram star and is equally popular on YouTube and Facebook. The Canadian beauty has done covers of songs like Adele's "Turning Tables" and Birdy's "Skinny Love" which she performed amazingly on her YouTube channel. Abbott was interested in writing poems from an early age and even wrote & sang her original song named "Fighter".

Claire Abbott was born on January 22, 1998, in Canada. She grew up in her hometown along with her brother who tied the knot in August 2015. As a high school kid, she participated in a lot of school activities and was pretty active as a child. Abbott was interested in writing poems and singing from an early age. 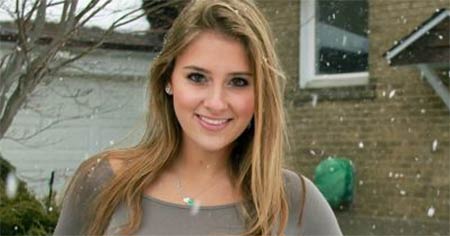 She started writing poems since she was a child and continued writing while growing up as well. Soon she opened her own YouTube channel in 2012 and started uploading several songs covers which she sang playing her ukelele.

Claire Abbott is a social media personality who rose to fame at the age of 15 when she was spotted performing Adele's song Turning Tables on YouTube. She is a naturally gifted singer and her amazing voice grabbed people's attention which made her popularity grow insanely. Having a voice that amazing she aspired to become a music artist someday.

The photo of her wearing a bikini which she posted on her Facebook account went viral and soon everyone started knowing her. She gained recognition and the numbers of followers in all her social networking sites started to increase. Her Instagram account has 83.7k followers as of May 2019.

Abbott is also known as an Instagram star and posts various photos on the site. She has written a song titled Fighter which she performed on her YouTube channel which has around 4.3k subscribers. Abbott is among the social media stars who have been successful in making their career in the social media field. Through her social media sites, she talks on topics like fashion, fitness, diet, lifestyle and states her Instagram profile is based on those things.

Claire Abbott as an Instagram star is quite popular and her popularity opened many doors of opportunities for her. Her major source of income is from YouTube from where she is paid a decent amount of income.

Claire Abbott's Personal Life: Who Is Her Boyfriend?

As for her fashion sense, she mostly emphasizes the fit of the clothes saying if something fits you perfectly then you will eventually look heavenly. She used to advise her followers to try new trends and experiment with their outfits. But recently she has been absent from the social media and hasn't posted on her networking sites. She has made her YouTube videos private.

She has a physically fit body with a 5'5 feet height. Abbott weighs around 61 kg and has a body measurement of 39-25-77 inches. The social media star has blonde hair with green eyes and fair skin.

As the social media star is still not ready to share details about her boyfriend and her romantic affair, her fans still, have to wait for some time to know more about her.