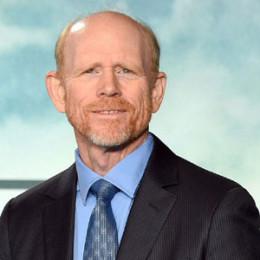 Clinton Howard, better known as Clint Howard, is an American actor. He has played in over 16 movies directed by his elder brother, Ron Howard. Some of his successful hit movies include Apollo 13, Star Trek, Cinderella Man, The Missing, Ron Howard: Frand Thief Auto and so on. He is the winner of MTV Lifetime Achievement Award.

Clint Howard was born on 20th April 1959, in the city of Burbank, California, U.S. He is a son of Rance Howard and Jean Speegle Howard. He is a sibling brother of Ron Howard, an actor, and filmmaker.

He attended school at R.L. Stevenson Elementry in Burbank, CA. When he was at an early age, he got a chance to play in the TV series drama and left his studies.

Clint began his acting as a child actor from the American situation comedy, The Andy Griffith Show, created by Sheldon Leonard in 1962. He portrayed the character of Leon and played 5 episodes.

The following year he made his appearance in the romantic comedy movie, The Courtship of Eddie’s Father, directed by Vincente Minnelli. The movie starred Glenn Ford, Ron Howard, Shirley Jones, Stella Stevens. The movie was one of the successful hit movies as it earned $2 million in the box-office.

He has played several roles in different TV drama series, Star Trek is his most successful venture. There are three different franchise including Star Trek: The Original Series in 1966, Star Trek: Deep Space Nine in 1995 and Star Trek: Enterprise in 2002.

He has acted in over 70 TV drama series and 100 movies in his life time. He won MTV Lifetime Achievement Award at the MTV Movie Award function, in May 1998.

Apart from acting, he voiced in the animated movie The Jungle Book (1967), Winnie the Pooh and the Blustery Day, The Many Adventures of Winnie the Pooh, The Haunted World of El Superbeasto and few others.

He also formed a new group wave rock and roll group, The Kempsters in 1981 and used to perform at Madame Wong's West. They have also made an album, No Brains At All, with four tracks but did not release their album.

Clint married Melanie on 29th October 1995. After living 20 years as husband and wife, they divorced in 2017. The couple didn’t have any children. He is the uncle of Bryce Dallas Howard and Paige Howard.

Clint is a golfer and has played 150 rounds a year. He is also known for playing World of Warcraft in which he plays under the name Extra, on the Dark Iron realm.

After playing over 100 movies and 70 TV drama series, Clint has successfully earned brilliant net worth of $20 million.

Clint Howard was married to Melanie Howard for nearly 20 years. The husband and wife married on 29th October 1995, but unfortunately, the couple filed a divorce in 2017.