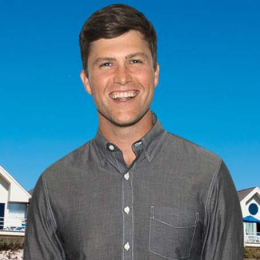 American actor, comedian, and writer, Colin Jost is one of the most famous and recognized personality on the television screen. He is best known as the writer and host of the popular television show named The Saturday Night Live. Jost is also popular for engaging the famous Endgame actress Scarlett Johansson.

Colin won the Writer Guild of America Award(5 times) and Peabody Award in 2009.

Personal Life of Colin Jost; Know about his Girlfriends, Relationships

Colin Jost is presently engaged to his long-term girlfriend, famous American actress Scarlett Johansson. The duo is together for over two years and is deeply fallen in love. 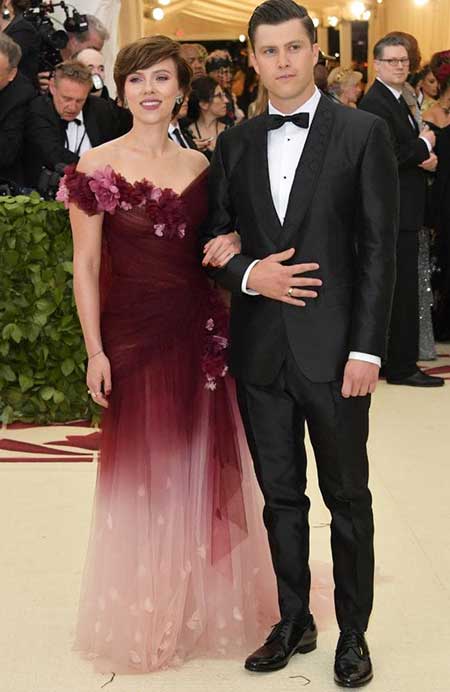 The pair first met when they both were working in the same show named SNL in 2006. At that time, Jost was working as a writer for the show whereas Johansson was working as the host for the some. Meanwhile, the pair made their public debut as a couple in the 13th of November 2017, whereas they recently appeared in the Endgame premiere together in Los Angeles.

Jost in an interview with the USA Today in 2017 described his fiance saying,

"She's pretty cool... It's hard to have a lot of complaints, she's pretty awesome."

The couple shared the engagement ring recently after dating for over two years. Considering the love and bond between the duo, everybody including the fans of both parties is waiting for the duo's marriage. More to that, Johansson's published confirmed about the duo's engagement on Sunday and told that the wedding date hasn't been fixed yet.

Colin will share the wedding for the first time while it will be the third marriage for his fiance. In fact, she was first married to the Deadpool star Ryan Reynolds in 2008, later in 2011, they divorced. Then, she married the famous journalist Romain Dauriac in 2014. The Endgame star divorced with her former husband in 2017, who she shares a daughter named Rose Dorothy Dauriac.

Colin is out of any dating rumors and relationships prior to his relationship with Scarlett. What's more, he is never spotted with any girls in his early life. Additionally, he is an active person on social media where he posts many posts regarding his personal and professional life.

How much is a Net Worth of Colin Jost? Know about his Earnings, Salary, Cars, House

I forgot a tie but I found a drink

As for Colin's film career, firstly he starred in the film entitled Staten Island Summer in 2015as Officer Gerg. After that, he acted in the 2016 American romantic comedy film named How to Be Single as Paul. Further, his film How to Be Single was a blockbuster which grossed a total of $112.3 million on the box office against the budget of $38 million.

As a writer, his first official work was in 2005 when he was hired as a writer at NBC's Saturday Night Live. After which, he also worked in the 2015 film named Staten Island Summer as a writer. 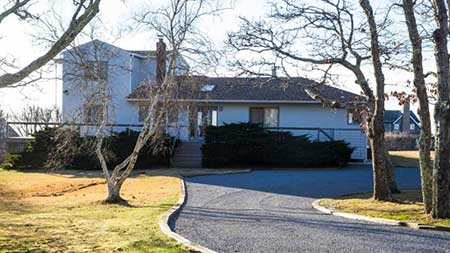 The Saturday Night Live writer owns a house near the ocean in Montauk which he bought at $2.149 million. In addition, the house contains four-bedroom, three-bathroom, heated pool, outdoor shower, butler's pantry and a deck with ocean views. Besides, Colin and Scarlett are about to buy a palatial seaside apartment in the Hamptons with $7.95 million. The apartment is of 4,157-square-foot and contains five-bedroom with the five-bathroom condo. What's more, the apartment is the most expensive of the eight residences left for sale.

For more Interesting bios look for the marriedwiki.com/wiki.