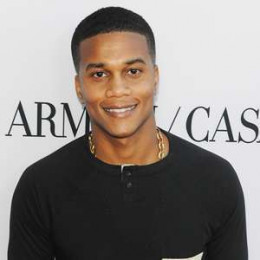 Cory Hardrict, an American actor, is currently married to Tia Mowry, an American actress and model, since 2008. He completed his high school studies from Bloom Trail High School. Cory is an executive producer of the movie Neighborhood Watch and is also known for the movies Gran Torino, Battle Los Angeles, and Warm Bodies. He had a recurring role on the ABC Family series named Lincoln Heights.

Cory Hardrict made his film debut in 1999 with romantic comedy named "Never Been Kissed". He dated with Tia Mowry for six years and married on April 20,2008 in Santa Barbara. They are blessed with the son named Cree Taylor Hardrict; he was born on June 28, 2011. He has not been part of any controversy and rumor yet. As of now, there are no signs of their separation.

Tia Mowry is an American actress and model. They dated for a long period before getting married. They have a son together.

Cree is the only child of the couple. There is not much information about him except a few pictures.