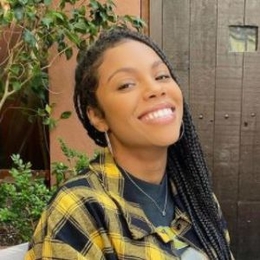 Daijah Wright is popular for being the posthumous daughter of the late rapper Eazy-E. The artist was a former member of the hip-hop group N.W.A. 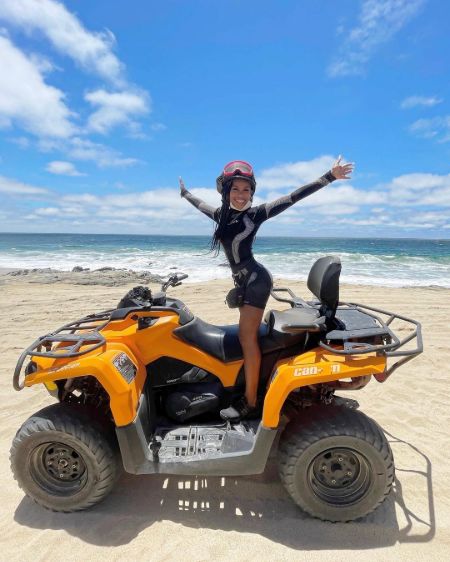 Daijah Wright was enjoying a ride on a quad bike. SOURCE: Instagram(daijahnakia)

Additionally, Daijah's parents, Tomica and Eazy-E, first met at a Los Angeles nightclub in 1991. They dated for several years before the lovebirds walked down the aisle in 1995. The wedding ceremony, unfortunately, was held just 12 days before the artist's passing.

Moving on to Daijah's relationship status, she remains tight-lipped about her private life. The lady never talked about her boyfriend and yet to come with her love life publicly. All in all, the celebrity child is not dating anyone officially at the moment.

It was misfortunate for Dajiah, who couldn't see her father due to his untimely passing. The Rapper died of HIV/AIDS on March 26, 1995. Over three thousand people, including Jerry Heller and D.J. Yella, gathered at Rose Hill Memorial Park in Whittier for Eazy-E's funeral. 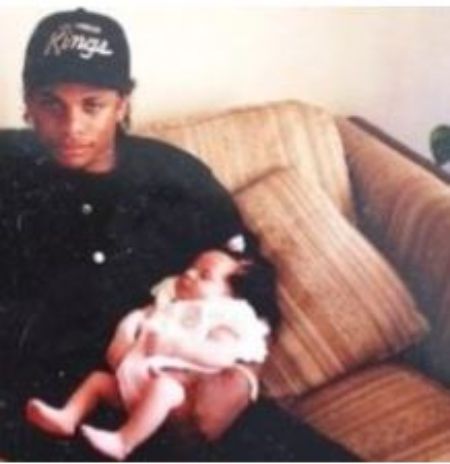 Not to mention, the former member of hip hop group N.W.A, announced the illness on March 16, 1995, while being admitted to the hospital in February of the same year. The group got incorporated into the Rock and Roll of Fame in 2016.

The brave single mother Tomica raised her kids, providing them the best upbringing through her patience and ability.

How Rich is Daijah Wright?

Daijah Wright's net worth is not disclosed yet. However, her late dad's estimated wealth stands at $50 million at the time of his death. His main source of earning was his musical career.

Watch the video of Eazy-E's daughter Erin Bria on the MTV show.

Speaking of her father, he formed the original lineup N.W.A., the hip hop group, in 1987. Other members include Dr. Dre, Ice Cube and Arabian Prince.