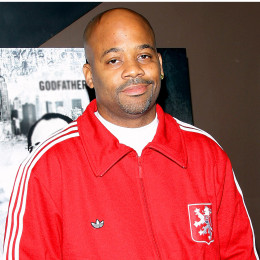 Damon Anthony Dash a.k.a Dame Dash is an American music producer, actor, and entrepreneur. He is mostly recognized as the co-founder of Roc-A-Fella with his partner Kareem Biggs Burke, and Jay-Z.

Damon Dash was born on 3rd May 1971 in New York City, U.S. Dash, while a teenager, worked at a barbershop, sweeping floors and sold newspapers just to buy shirts and sneakers. Dash's mother died of an asthma attack when he was fifteen years.

His smartness won his a scholarship to attend a private school to acquire better education. His education helped to become street smart as well as socializing with uptown crowd.

Damon Dash hired Harlem's Cotton Club to organize parties and as they gained more popularity and his entrepreneurial ambition also increased. He got an idea to start up his own record label and clothing line after attending a party thrown by Heavy D in 1990.

Dash had realized that hip-hop was the way to get rich, so formed a group with his cousin and called themselves Future Sound. His street creds got the group a contract with Atlantic Records. In 1994, through a contact in the record label, he was introduced to an unsigned rapper from Brooklyn with great potential. The rapper was super-fluid on the mic and was lyrically gifted too. He was Shawn Carter 'Jay-Z.'

In 1996, Jay-Z released his debut album Reasonable Doubt, the album was released on a new label that Dash co-founded with Jay-Z and Kareem Burke.

In 2002, rumors of a rift between Jay-Z and Dash rose. There were several theories. One of them was that Jay-Z disagreed to be Dash's business partner. Soon, Jay-Z went to Def Jam while Dash remained in Roc-A-Fella, and most of the Roc-A-Fella acts followed Jay-Z.

After few years Kanye West said about his regret of leaving dash,

''It made me more sense for me, career wise, tol roll with Jay, '' he said to VH1 News. '' I came to Roc-A-Fella because Jay Z was my idol, and it would've been very hard for me to separate from my idol.''

The separation completed by the end of 2005 when Jay-Z bought Dash's share in Roc-A-Wear for $22 million. Later, Jay-Z sold Roc-A-Wear to the Iconix Brand Group for $204 million in cash.

In 2016, Dash announced the launch of a lifestyle television network for millennials, Dame Dash TV, partnering with the streaming service FilmOn.

The famous music producer, actor, and entrepreneur met R&B singer Aliyah in 1999 through his accountant in NYC. They both dated until her death on 25th August 2001, in a plane crash in the Bahamas. The pair were not engaged formally, however they had planned to marry as stated by Dash in an interview after Aaliyah's death.

After few years of their marriage, Roy filed for divorce in 2009. In April 2015, Roy was given sole physical custody of both her daughters and filed for an order of protection from Dash. Roy and her two daughters were granted a three-year restraining order against Dash from the court.

A few days later, Dash filed a lawsuit against his ex-wife Roy for claims related to Royale Etenia and alleging breach of fiduciary duties, a fashion company they built at the time of their marriage.

During the process of divorce, Dash disclosed to the judge that he had to pay $2 million taxes and was in the midst of shutting out on two of his New York City apartments. Dash was also sued by NYC law firms and several other creditors due to lack of payment.

His Chevy Tahoe had been seized after he could not pay the $700 monthly installment. Additionally, he had to vacate his Tribeca New York home worth $9 million which was later sold for $5.5 million.

The famous music producer and actor disclosed that he owes $4.14 million to the state of New York in back taxes. Currently, his net worth is estimated to be negative $2 million.

The husband and wife stayed together for 4 years and shares two daughters and a son together. Currently, their two daughters live with Roy and son with Dash.

She is the oldest child of Damon Dash and Rachel Roy, born on 7 December.

He is the youngest child of the couple.