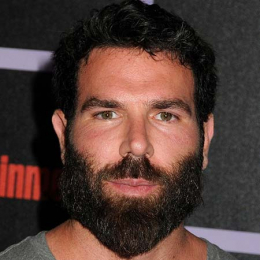 Famous American Poker player and Internet celebrity, Dan Bilzerian is best known for his lavish lifestyle and Instagram account around the globe. By playing poker, he earned over $50 million in the single year of 2014. He is also an actor popular for appearing in the films like 'Olympus Has Fallen', 'Lone Survivor', 'The Other Woman' and  'War Gogs'. In 2016 famous American R&B singer T-Pain released a song named after Dan Bilzerian.

Dan Bilzerian's Personal Life; Is he Dating a Girlfriend?

Dan Bilzerian was previously dating the famous model Sofia Beverly back in 2017. The duo was spotted hanging out together in many places and Dan even confirmed that it was his first ever monogamous relationship. Despite their 16 years old age different, the duo used to share a good bonding. 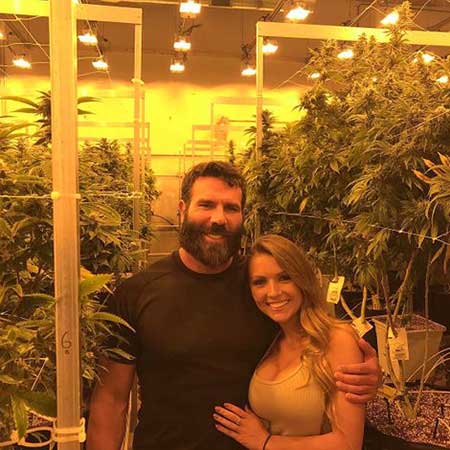 While his interview with the Square Mile magazine, he said,

"Yeah. Got a girlfriend. First time. Well, I had a girlfriend before, but I was still f***ing other girls."

They first met at a marquee pool party and Dan explained that it wasn't any fairytale love-at-first-sight meeting. He explained,

"I think I f***ed like three girls before her that day. We just started hanging out... She's a little different, you know? She's smart, she's cool, and she liked a lot of the s*** I like. So here we are."

Apart from that, Dan was once rumored for dating another gorgeous Instagram model Lindsey Pelas. Lindsey revealed that she was at a party and some man came up to her and asked her if she wanted to meet popular Internet personality Dan Bilzerian. Since then, the pair began good friends and started their journey as work associates.

As of 2019, Dan recently shared a picture with a model named Vivien Rubin in the 25th February of 2019. He captioned the post stating, My hair looks like shit, but my date is pretty. Here, take a look at the post,

My hair looks like shit, but my date is pretty

Although there is no official confirmation about the duo's relationship, they might be dating secretly.

Dan Bilzerian fell in many controversies during his early life. Firstly, he sued a lawsuit against the producers of the film Lone Survivor stating he loaned the production of the film $1 million in exchange for a minimum of eight minutes of screen time with 80 words of dialogue. But, his role was reduced to less than 1 minute with just one line. Further, he asked for $1.2 million as $1 million for the original loan and 20% extra as a penalty.

Then, he was fall in another controversy when he kicked model Vanessa Castano in the face during a brawl. He was banned from the club and the model filed the lawsuit by asking $1 million to settle the suit.

After that, in December of 2014, he again faced a legal matter when he threw pornographic actress Janice Griffith into a pool as part of a photo shoot for Hustler magazine. Janice asked for $85,000 for her injuries (as she broke her leg in the incident) but when Dan and the magazine didn't agree to give the money, she filed a suit against them.

On December 9, 2019, Dan was arrested by the Los Angeles Police Department at the Los Angeles International Airport on unrelated bomb-making charges. He was released on the same day after all charges were dropped against him.

How much is the Net Worth of Dan Bilzerian? Know about his Salary, Earnings, Cars, House

Dan Bilzerian holds a net worth of $150 million, all thanks to his career as a poker player, internet personality and actor. In addition, he earned a total of $50 million in the year 2014. Besides, the average salary of a film actor is $81,000 per year.

Bilzerian is a famous poker player who played in the 2009 World Series of Poker Main Event where he placed in the 180th place. In November of 2013, he claimed that he won $10.8 million from a single night of playing poker. Besides, he also said that he doesn't play professional players anymore and the most he ever lost in a single session is $3.6 million.

It’s better to have a short life doing what you want to be doing, than a long life spent in a miserable way-Alan Watts

As for his acting career, he appeared in many films like Olympus Has Fallen, Lone Survivor, The Other Woman, War Gogs and many more. Among all of his films, The Other Woman was a blockbuster which collected a total of $196.7 million against the budget of $40 million. The film was starred with actors like Cameron Diaz, Kate Upton, and Nikolaj Coster-Waldau. 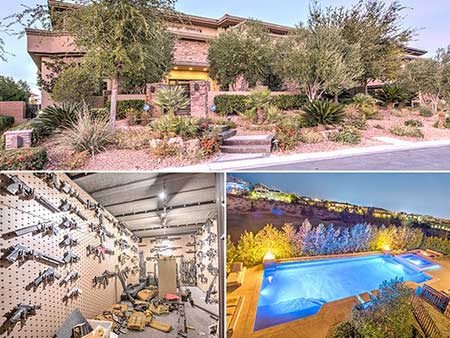 Dan is a multi-millionaire and owns many properties worth of millions. More to that, he owns a house worth of $3 million which is situated in Hollywood Hills. Besides, he also owns a mansion in Las Vegas valued $5.1 million. Following that, the house lies in an area of 9,404 square ft. with one giant swimming pool, 5 bedrooms, 9 bathrooms, gourmet kitchen, elevator, sauna, wet bar, and armory room. Moreover, the armory room is filled with guns like AK47, M14, SMG, Sniper, and Rifles. 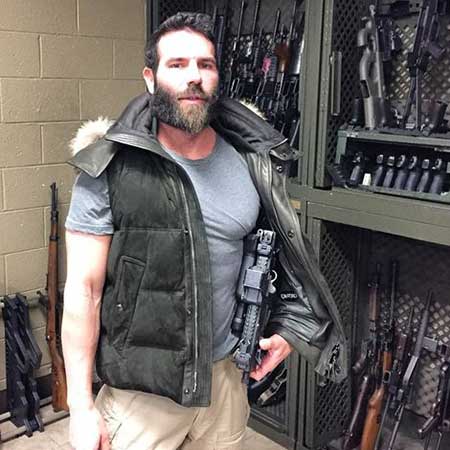 Take a look at the interview with Dan Bilzerian!