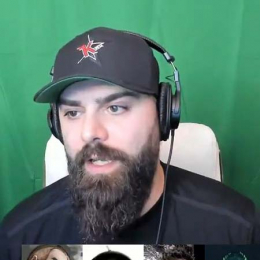 In the world of modern technology, one can grab the limelight by just showcasing their skills and talents in the media platforms. Well, Daniel Keem lies upon one of those YouTube sensations who is popular for uploading streams of playing video games and reaction videos of celebrities. More to that, his channel owns a total of 1.09 billion views with a total of 5.1 million+ subscribers.

Daniel Kemm is currently in a relationship with his long-term girlfriend Melissa. The duo shares a good bond and is together from a couple of years. 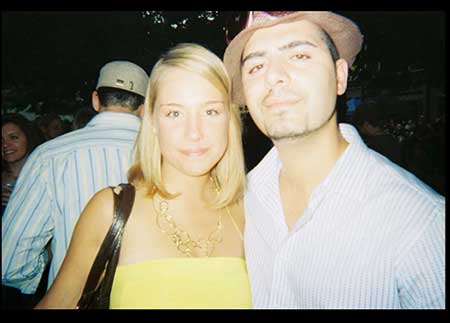 The pair official their relationship in 2017 when Daniel shared a post on his Twitter captioning, "My Gf found an old disposable camera. we just had it developed",

My Gf found a old disposable camera. we just had it developed. pic.twitter.com/9eNCZ7dSHq

The social media vlogger also has a child, a baby girl, Mia Keem. She is the adopted daughter of Melissa and Keem. Take a look at the couple celebrating Hollywood 2017 with their daughter Mia,

Daniel is out of any dating rumors regarding his early life as he is never linked with any other girl than Melissa. Further, the relationship between the pair seems fluid as there is no sign of breakup between them.

Keem first came into criticism for not taking care of his daughter and spending too much time on Twitter. He responded to that criticism posting,

My daughter Mia is 4 years old & has more money then you. @Noteful_ I think you can stop with the life tips ...

After that, he fell in a controversy when he was working for the Battlecam.com. He was working as a moderator for the franchise when another moderator with a username of AlexXx8 called Keester a Whoop and a Dago.

After, this incident, Daniel live-streamed on BlogTV furiously calling Alex some racial words which instantly caught the controversy.

How Much is the net worth of Daniel Keem? Know about his Salary, Earnings

Daniel Keem holds a net worth of $2 million, which he exclusively collected from his YouTube channel entitled Drama Alert. In addition, the average salary of a YouTuber depends upon the number of subscribers and views a YouTuber has. In fact, a YouTuber's videos with 5 million views earn over $5000. 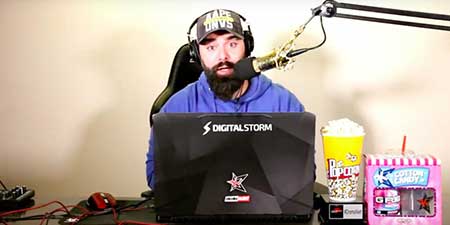 Daniel started his third YouTube channel titled DramaAlert back in 2014 when his other two channels,  were shut down by YouTube. What's more, his YouTube videos are generally based on the concept of commenting on celebrity drama caught on and his shouting and animated gestures.

The YouTube sensation is a car lover and owns many luxurious cars including a 650 horsepower ZO6 Chevrolet Corvette Convertible which he bought in 2016. The car can be found at an average price of $85,000.

Daniel and his girlfriend bought a house in late 2016 which he shared by posting a video on Twitter. The house owns three bedrooms, two bathrooms, and one living room with a bar and 2 office space. Further, the kitchen is made with all white tiles with a mechanical chimney. Also, there is a pool just in front of the house. With all of the interiors used on the house, the price of the house should lie somewhere between $100,000-$800,000. 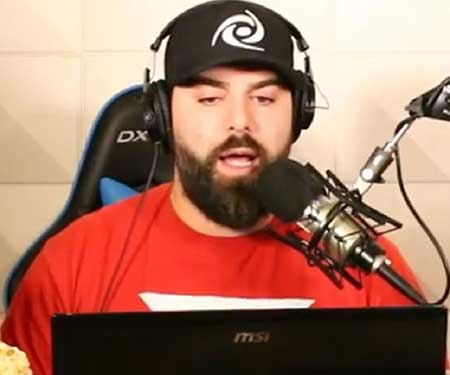 American YouTuber Daniel Keem during one of his streams.
SOURCE: The Famous People