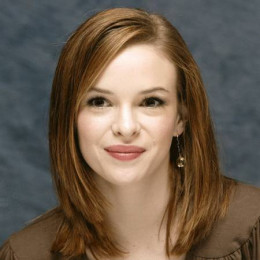 An American actress who is widely popular for her role as Caitlin Snow in the series The Flash. She had keen interest in acting from very small age. As a result she starred in movies like Disney films Stuck in the Suburbs (2004), Sky High (2005) and Read It and Weep (2006) when she was just a teenager. She is daughter to Donna and Harold Panabaker. When she was just 12 years old she started her acting career by acting in community theaters. She attended Crone Middle School and later Neuqua Valley High School. She graduated at the age of 14 as valedictorian from high school. She started her career by starring in commercials with roles in television. She was ranked 13th in the list of Maxim Hot 100 which was held in 2010.

Panabaker attended Crone Middle School and then joined Neuqua Valley High School where she graduated in 2001. She went to  Glendale Community College, studying acting where she  earned her associate degree and appeared on the national Dean's List.

In 2006, Panabaker  graduated with a Bachelor of Arts from  the University of California, Los Angeles in June 2007.

Danielle Panabaker first appeared in 2002 in Family Affair in small role but she got her brekathrough in 2005 in Sky High and Yors, Mine and Ours.

Then she appeared in number of TV series and movies including  Home of the Giants, Pilot, Read It and Weep, Friday the 13th and others.

Danielle Panabaker has accumulated a decent sum of net worth from her acting career, she has an estimated net worth of $3 million.

Danielle Panabaker is happily married to her longtime boyfriend, Hayes Robbins in June 24, 2017. The duo engaged in 2016. The couple has no children.

Panabaker has more tha 2.7 million+ followers on her Instagram. She volunteers for multiple organizations such as  Art of Elysium, Unicef, and Young Storytellers Foundation.