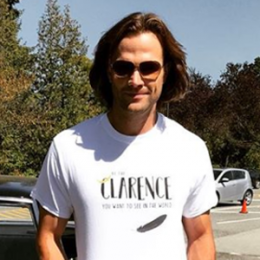 An American actor, Jared Padalecki is best known for his roles in the series, Supernatural and Gilmore Girls. The People’s Choice Award winner actor began his career from the movie, A Little Inside in 1999. Till now, he worked in numbers of hit movies that made a good collection at the box office. Apart from his professional life, he is currently married and has three children.

Jared Padalecki was born Jared Tristan Padalecki on 19th July 1982 in San Antonio, Texas. He is an American and of mixed descent, as his father is of Polish origin and mother comes from German, English, French and Scottish ancestry.

He completed his high school from James Madison High School and was about to attend the University of Texas but moved to LA, California to pursue his career in acting. Before that, from the age of 12, he learned acting, and in 1999, he won the National Forensic League along with his friend, Chris Cardenas.

In the same year, he also participated and won the Claim to Fame Contest and was merited with a Presidential Scholars Program after his schooling.

In 1999, Jared Padalecki appeared at the Teen Choice Award after winning Fox Broadcasting’s Claim to Fame Contest where he met an agent. He later landed a minor role in A Little Inside alongside casts Hallie Eisenberg, Kathy Baker, Amanda Detmer, Benjamin King, Frankie Faison, and others.

After his debut, he appeared in a British series, Silent Witness with stars Emilia Fox, David Caves, Liz Carr, Richard Lintern, Tom Ward, William Gaminara and so on. He then shared the screen with Lauren Graham, Alexis Bledel, Melissa McCarthy, Keiko Agena, on an American comedy-drama series, Gilmore Girl.

Among all the series, Padalecki is renowned for his role as Sam Winchester on Supernatural where he appears alongside Jensen Ackles, Misha Collins, Mark Sheppard, Jim Beaver, Rob Benedict, and others. For his part in the series he won Constellation Awards twice, People’s Choice Awards and Teen Choice Award.

Jared Padalecki married his Supernatural co-star, Genevieve Cortese on 27th February 2010 in Sun Valley, Idaho. The couple started dating after meeting on the set of CW series, Supernatural where Cortese made a guest appearance. 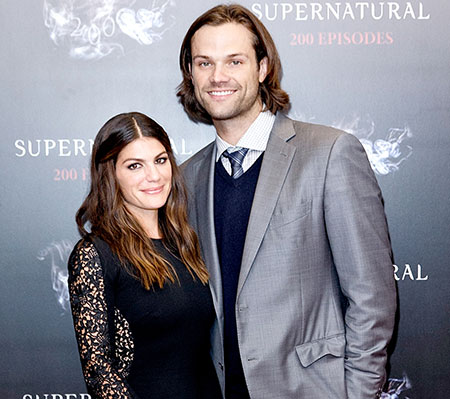 Apart from this, Mara Casey, a casting director of Gilmore Girls finally confirmed the off-set romance rumors between Padalecki and Alexis Bledel. The on-set couple was actually dating in real life while they were working together but separated due to some unknown reasons.

Jared Padalecki worked in several series and movies from which he has earned a decent net worth of $5 million. According to the records, Padalecki is paid $125k per episode for Supernatural. Besides, his 2005 movie House of Wax collected $70.1 million, and Cry Wolf made $15.6 million at the box office.

He launched his campaign named, Always Keep Fighting through Represent.com in 2015. He raised his first funds for To Write Love On Her Arms that helped people who were struggling with anxiety, suicide, depression, addiction, and others. With such earning, he is living a high profile life in his own house in Austin.

On 27th February 2010, Jared Padalecki got married along with his longtime actress girlfriend, Genevieve Cortese in Sun Valley, Idaho. The couple met for the first time on the set of the series, Supernatural where she gave a guest appearance.

On 19th March 2012, Genevieve Cortese and Jared Padalecki welcomed their first child and named him as Thomas Colton Padalecki. He is currently five years old and is so adorable.

A year after the birth of the first child, the couple, Jared Padalecki and Genevieve Cortese welcomed their second child on 22nd December 2013.

On 17th March 2017, the couple welcomed their only daughter and named her as Odette Elliott Padalecki. She is the youngest child of the family and is only of 8 months.