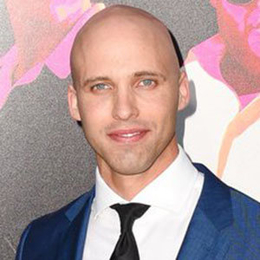 The former American arms dealer, David Packouz enjoys a decent career in the music industry. Moreover, he was also a licensed massage therapist in the past and at present, he is the CEO of Singular Sound, a music technology company.

He Has A 12-Years-Old Daughter; Is He Married?

The BeatBuddy inventor, David Packouz is most probably single at the moment. Although the rumors circulating about him being married, he has never confirmed any. He has a daughter, Annabell Jane, born in February of 2007.

The 37 years old was in a relationship in the past. Also, his daughter, Annabell's mother's identity is yet to unfold. David has avoided any gossip about his intimate life and parents his daughter as a single father. The movie, "War Dogs", based on David's life, suggests he dated a girl named, Iz in the past, portrayed by Ana De Armas in the movie. Have a look at the picture he shared on Instagram! 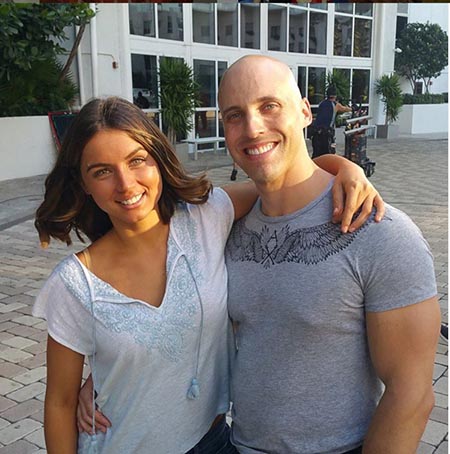 David with an actress who plays his ex-girlfriend in the movie "War Dogs." SOURCE:  David Packouz Instagram (davidpackouz)

It looks like he had a failed relationship in the past and Annabell was born most probably with his ex-girlfriend. With the caption, he confirms, he actually had a girlfriend and dated for a few years. Besides, he remains mum about his relationship status and is happily parenting his daughter, spending quality time with her.

The American entrepreneur, David Packouz joined the AEY Inc. company in 2005 and just after a year, got involved with a huge deal to supply equipment to the Afghan army. Moreover, he and his mate Efraim Diveroli grabbed the ammunition made in china, which violated the company's contract with US army, who banned Chinese ammunition. 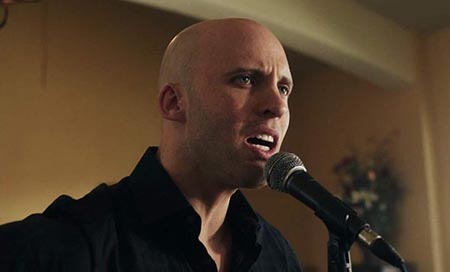 They also sent unsafe helmets and were unable to deliver 10,000 Beretta pistols, supposed to be sent to Iraq. Packouz and Efraim repackaged the Chinese ammunition to get rid of it as it was prohibited in the United States and is constituted as a fraud. Moreover, the case got media attention and after pleading guilty, David was sentenced to seven-month house arrest. On the other hand, his mate, Diveroli faced four years of jail time, in federal prison.

Well, that wasn't the only time, David was arrested as he got into the police hand in 2012 for agreeing to have sex for $400 with an undercover Collier County deputy.

His Friendship With Efraim Diveroli

David and Efraim Diveroli, with whom he got into trouble, were friends from the high school. The latter was the company AEY Inc. founder and David joined the company later in 2005. Moreover, their friendship got stronger after working together. 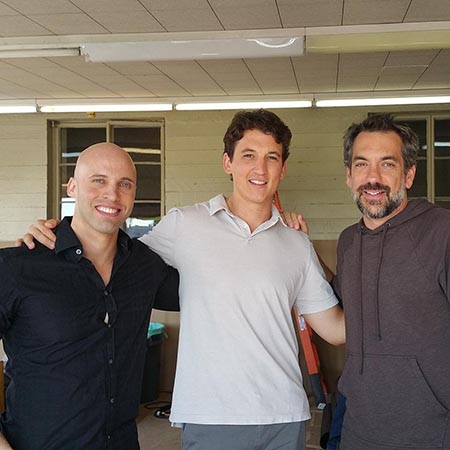 David on the left, Efraim on the right, and Miles Teller in the center. SOURCE: SheKnows

The company gained success in a short span of time as in 2006, they grabbed 149 contracts worth of whopping $10.5 million. The deal looks mouth-watering and just within a year later they secured $300 million U.S. government contract. The contract had them supply the ammunitions and aviation rockets to the Afghan army. Well, they got involved in a mess and were guilty of charges, which had them serve jail times. Besides, the duo made quite a good friendship and was even called "the stoner arm dealer" and also "the dudes" as they used drugs and marijuana back then.

The story of David and Efraim was written in a book, "Arms and the Dudes" published in 2015. Furthermore, the book got quite an attention and was produced in a movie titled, "War Dogs" starring Miles Teller and Jonah Hill. The movie is totally based on the duo's messy life while at AEY Inc.

The former arms dealer, David Packouz accumulates a net worth of around $500,000 to $800,000. Moreover, he is a musician, inventor, and entrepreneur, but also was an arms dealer in the past, from where he made quite a lot of money.

While Packouz was 23, he joined the company, AEY Inc., Efraim Diveroli's company, and earned $10.5 million worth 149 contracts within a year. The company secured a $300 million contract from the U.S. government to supply the Afghan army. The duo did some fraud activities to grab some good looking money, which eventually had them in trouble.

Born on St. Louis, Missouri, David Packouz currently resides in Miami, Florida. He grew up with his parents in the city he was born. American nationality, David is bald and has blue eye color. 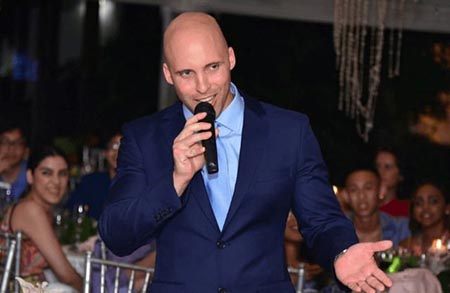 David is one of the nine children of his parents Rabbi Kalman Packouz and Shoshana Packouz, a Jewish family. He has been in the limelight for some unwanted reasons while his time in the arms-dealing company. Besides, he was also a licensed massage therapist while working at AEY. He is a musician who invented the guitar pedal drum machine called Beatbuddy. Also, he serves as a CEO of Singular Sound, a music technology company.

David Packouz is a father to his daughter, Annabelle Jane, born in the year of 2007. He hasn't revealed the information about her mother.