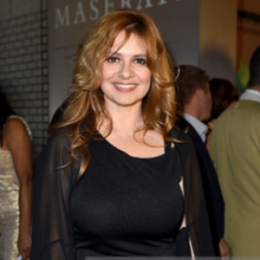 Italian Actress, Debora Caprioglio became popular internationally from her work in the movie, Paprika in 1991. She debuted in the movie industry from Grandi Cacciatori in 1988. She is living a blissful married life with her husband, Angelo Maresca.

Debora Caprioglio was born on 3rd May 1968 in Mestra, Italy. She is an Italian and belongs to Caucasian ethnicity/race.

In 1991, she played the title character in Paprika, through which she got international recognition. Her other film credits include The Smile of the fox, With Closed Eyes, Love Story with Cramps, Samson and Delilah, Albergo Roma and much more.

Debora Caprioglio's net worth is yet to be revealed, however, considering the success of her movies like Paprika that earned a worldwide collection of $944k and Colpi di fulmine collected $13,378,892 at the Italian box office, her net worth is possibly in six digit numbers.

Debora Caprioglio married Angelo Maresca in September 2008, and the husband-wife duo is still together with no news about their divorce and extramarital affairs. On 25th September 2011, they were spotted attending the 2011 Rome Fiction Fest.

Before Maresca, Caprioglio was in a relationship with Klaus Kinski, a German actor who died in 1991. The couple was even engaged but called it quits in 1989.

Angelo Maresca renowned for his character in the American soap opera General Hospital is the husband of Debora Caprioglio. They exchanged their vows back in 2008.