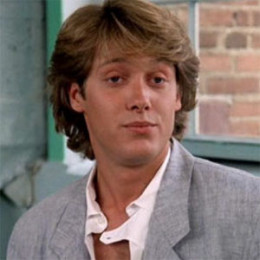 Born on February 7, 1960, in Boston, Massachusetts, USA, James Spader was born as James Todd Spader. He is the youngest child of Jean (Fraser) and Stoddard Greenwood "Todd" Spader. He is American and belongs to White ethnicity.

Spader has English, as well as smaller amounts of Scottish, French, Dutch, German, and Swiss-German, ancestry. He was raised along with his two sisters in a liberal and progressive surrounding.

James Spader attends The Pike School, where his mother taught art and later joined Brooks School in North Andover, Massachusetts, where his father taught. He went to Phillips Academy but left in 11th grade in order to pursue his career in acting and he joined  New York’s ‘Michael Chekhov School'.

James Spader started his acting career in 1981 with the major role in Endless Love. His first starring role was in Tuff Turf (1985) but he rose to stardom with his 1986 movie, Pretty in Pink where he portrays the character of Steff, a wealthy and arrogant playboy.

He won three  Emmy Award for Outstanding Lead Actor in a Drama Series for his character as Alan Shore in The Practice and its spin-off Boston Legal.  He also succeeds to win the  Satellite Award for Best Actor in a Series, Comedy or Musical for the same role.

Spader is the part of NBC series The Blacklist since 2013 where he played the role of FBI's most wanted fugitives Raymond "Red" Reddington for which he earned two Golden Globe nomination.

In 2015, he was cast in the superhero action blockbuster film ‘Avengers: Age of Ultron’ as Ultron a villainous robot.

James Spader is in a romantic relationship with his longtime girlfriend, Leslie Stefanson, an American actress best known for Alien Hunter. The duo is together since 2002 and shared a son, Nathaneal Spader (born on August 2008).

Previously, Spader was married to decorator Victoria Kheel in 1987. The duo first met in a yoga studio while working there as a yoga instructor. The pair have two sons, Elijah (born on 1992) and Sebastian (born on 1989).

However, the couple couldn't handle their married life and in 2004, Spader filed divorce which was finalized in 2005.

James Spader, 57 has an estimated net worth of $10 million. He charged an impressive sum for his appearance in movies and TV series. He earns $300,000 per episode for, The Blacklist.

Victoria Kheel is a popular decorator and yoga instructor. She is also known as the ex-wife of James Spader.

Sebastian Spader is the first son of James Spader and Victoria Kheel.

Elijah Spader is the second son of James Spader and Victoria Kheel.

Nathaneal Spader is the youngest son of James Spader with Leslie Stefanson.