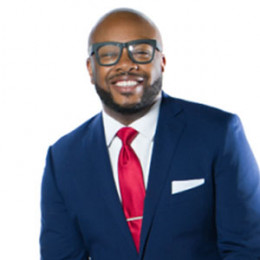 The American native Dennis McKinley is a well-known businessman who is the owner of the company, Detroit Equalities. McKinley is skilled in sectors like hospitality, leadership. licensing, commerce and product development. He came into the limelight after appearing in the reality show, The Real Housewives of Atlanta with his fiancee Porsha Williams.

Dennis McKinley was born on July 25, 1980, under the birth sign Leo in Detroit, Michigan, United States. The details about his parents are not mentioned and hence, his early life remains unknown. 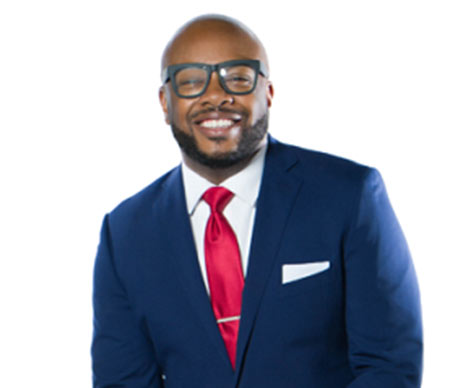 However, as for his education, in 2000 he earned a arts degree in general management and business administration. Furthermore, he enrolled at the University of Michigan to gain a bachelors of arts degree in Economics.

Dennis McKinley is professionally a businessman and reality star who founded and owns the investment & branding company named Detroit Equalities. Through the website, he looks for entrepreneurs with amazing ideas and helps them. The company develops strategic investments for new investors to enter the marketplace.

He is also the CEO of Queen VirginRemy.com and is skilled in sectors like hospitality, leadership. licensing, commerce, product development and so on. Besides being a successful businessman he also featured in the reality show, The Real Housewives of Atlanta with his fiancee Porsha Williams.

He is getting recognition in the media for his relationship with the reality star who has been a series regular in the show. Some of the other cast members are Kandi Burruss, NeNe Leakes, Cynthia Bailey, and Sheree Whitfield.

Dennis McKinley's net worth is not estimated as of yet and is still under review. His main source of earning is from his business. The revenue of his company Detroit Equalities is estimated to be 500k.

He put his house of Atlanta Castleberry Hill for sale for $495,000 on November 6, 2018. The house is three stories which have a size of 2500 square foot with two bedrooms & bathrooms including sky high ceilings. He owns a Ferrari 458 Italia in dark blue color whose costs $230,000.

You May Also See: Kathy Wakile

The engagement ring he gave his partner Porsha cost around six figures and took two weeks to finally make. His partner Porsha Williams is worth $500,000 and her main source of earning is from her career as a reality star.

Along with her sister Lauren Williams, she owns a website which sells various kinds of hair extensions which price ranges from $596 to $284.

The business Dennis McKinley is not married as of yet but is happily engaged to Reality Housewives of Atlanta star Porsha Williams. They started dating in 2018 and similarly, the same year got engaged. McKinley proposed to her in a venue which was decorated with rose petals & candles.

McKinley's partner Porsha shared the good news on Instagram by sharing a picture of her wearing a huge 13-carat diamond ring. Firstly their engagement rumors started to surface after they were caught by the media coming out from a diamond store in New York City. She has a huge following of 4 million on her Instagram.

The couple is expecting their first child together which she announced on September 19. There was a gender reveal party for their child on Oct 27 and turned out its a baby girl, however, the duo wanted a baby boy. McKinley even jokingly said about going for a round two for a baby boy.

According to rumors, Dennis was previously in a relationship with a woman named Shanise Thomason. The source also added, he even impregnated her. Moreover, he sued his ex for defaming his hair company and even stealing hair extension and weave from the company.

Before starting a relationship with McKinley, she married NFL player Kordell Stewart in May 2011 and became a stepmother to his son Syre. However, their marriage didn't work out and they divorced on March 12, 2014. The reality star didn't get any of the alimony rights and nor became a part of his other properties.

Dennis McKinley is on Instagram under the name workwincelebrate and has 26.8k followers. Through the site, he promotes many start-up businesses and motivates new entrepreneurs to launch a business of their own.

Here is a video showing the love life of Dennis McKinley and Porsha Williams.