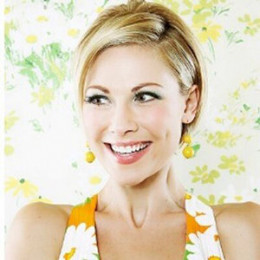 She is married to an actor named Gannon Brousseau since September 13, 2014. They have one child together born on December 22, 2015. Lydic also appeared as one half of a lesbian couple on an episode of the Disney Channel series Good Luck Charlie in 2014. She appeared as Shea Seger in the 2011 film We Bought a Zoo alongside Matt Damon and Scarlett Johansson, and in the 2013 film The Babymakers with Olivia Munn.

Lydic was born on 30th June in Louisville, Kentucky. She joined the Young Actors Institute at the Youth Performing Arts School when she was still a child. She subsequently starred in a Kroger commercial.

Lydic later moved to Los Angeles, California. There, she became an improvisational actor. She performed at The Groundlings and Improv Olympic.

Lydic received her start in the 2001 parody film Not Another Teen Movie. She also starred in the Spike mini-series Invasion Iowa alongside William Shatner, and the parody series The Real Wedding Crashers. Moreover, she appeared in We Bought a Zoo alongside Matt Damon and Scarlett Johansson, and in the 2013 film The Babymakers with Olivia Munn.

Lydic is currently a correspondent on The Daily Show with Trevor Noah. She joined Trevor Noah's lineup of correspondents for the show on September 29, 2015. She also stars as guidance counselor Valerie Marks on the MTV comedy-drama series Awkward.

Desi Lydic is married to Gannon Brousseau. The couple tied the knot on September 13, 2014, in West Hollywood, California. Their marriage has been relatively low key. Even though Lydic lives in the spotlight, they have managed to keep their lives private. The pair welcomed their first child, a boy named Brixton Brousseau on December 22, 2015.

Gannon Brousseau is an American national, from Sacramento, California. In 2012, he was named the director of the Couture Jewelry Show, an exclusive trade show for luxury jewelry and designer watches, held annually in Las Vegas. He is also an actor and his film credits include Doppelganger (2001) and King’s Highway (2002).

Desi Lydic's net worth is not revealed to public knowledge. Her source of income includes her salary and earnings from her career as a comedian and actress.

She has been married to an actor named Gannon Brousseau since 13th September 2014.The couple has one son.