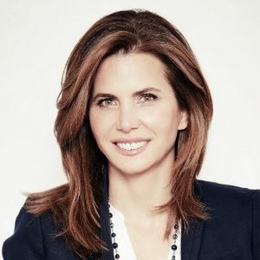 A Primetime Emmy Award nominee, Desiree Gruber, is an American television producer and entrepreneur. She is renowned for her work on fashion reality television competition Project Runway as an executive producer. It was nominated for 14 Emmy Awards in the Outstanding Reality Television Program. Gruber further founded a production company Full Picture where she currently serves as a CEO.

Full Picture CEO, Desiree Gruber is living a blissful married life with her boyfriend turned husband, Kyle MacLachlan. Her spouse is an American actor popular for his portrayal of Dale Cooper in Twin Peaks and its film prequel Twin Peaks: Fire Walk with Me. 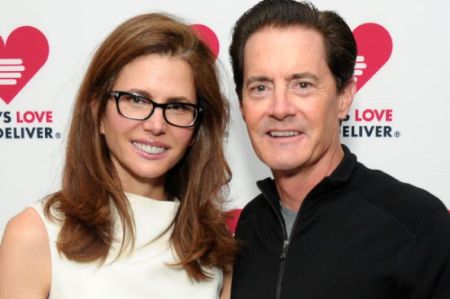 Gruber and Kyle first met in 1999 in the waiting room at a chiropractor’s office. It was love at first sight, but none of them confessed; instead, they remained friends for a few months. Later, the duo confessed their feeling for one another and began dating.

After being in a relationship for almost two years, the lovebirds decided to take their relationship to the next step. In August 2001, they revealed the plans of their wedding. The two planned to tie the knot on 20th April 2002 in their hometown, Miami. 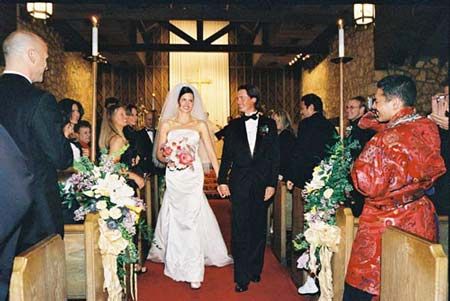 A publicist for Gruber confirmed the news to The Associated Press on 27th August 2001. As per their plans, the pair walked down the aisle on 20th August 2002. On a special day, the groom wore a traditional black morning suit. Likewise, the bride looked stunning in an elegant strapless white gown with a waist-length veil.

It is the first nuptials for both of them. Besides, Blue Velvet cast, Kyle previously dated a Canadian fashion model Linda Evangelista for around four years. Whereas, there are no other records of Desiree's affairs. 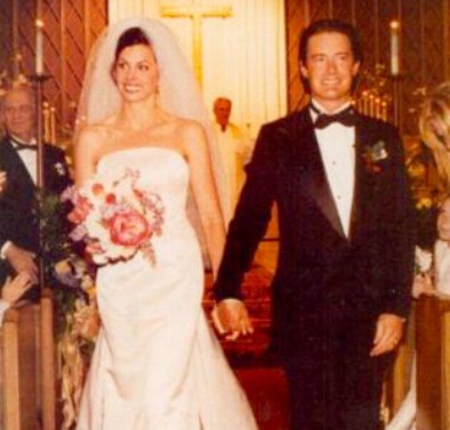 The husband and wife are living happily since their wedlock. They share an unbreakable bond as they appear on each other's social accounts then and now. Furthermore, they haven't faced any conflicts which could ruin their happy conjugal relationship.

Mother Of A Child

Desiree Gruber and her hubby Kyle MacLachlan are proud parents of a child, son. Nevertheless, the duo wasn't hurried to become parents. Thus, they welcome a new member, their son Callum Lyon MacLachlan in 2008. At the time of birth, Callum weighed 8 lbs. and 6 oz. He is now 11 years old. 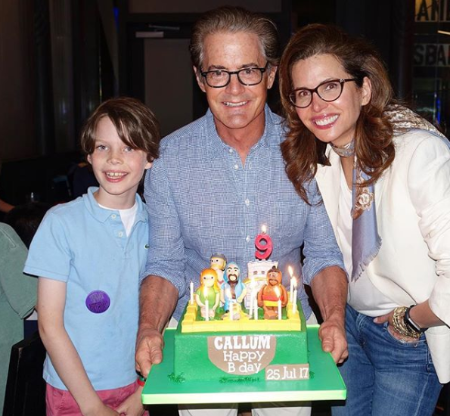 As of now, the pair are taking proper care of their child by fulfilling all the needs and demands. Desiree and Kyle are loving and caring parents. They always manage time to spend with their children even though they most often remain busy on their profession.

Moreover, the family of three makes frequent public appearances together. Callum likewise appears on photos and videos of his parents, which they share on their respective social accounts.

Working as a television producer and entrepreneur, Desiree Gruber summons a hefty sum of money. She worked as an executive producer of Project Runway, fashion reality television competition, which got nominated for 14 Emmy Awards. 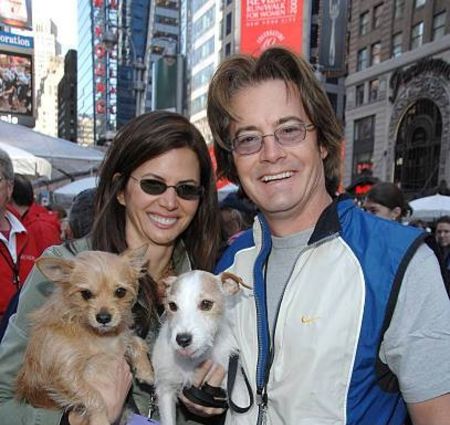 An average annual income of a TV producer in the United States is around $67451. Similarly, an entrepreneur earns a salary between $58,000 to $68,000 per year. Besides, she is also the founder and CEO of Full Picture, a production company.

Also, she is a former fashion publicist. Being involved in multiple fields, Desiree makes a fruitful income. She has an overall net worth of $5 million as of 2019. The couple further has two dogs named Mookie and Sam.

Callum Lyon MacLachlan is the son of an American celebrity couple, Desiree Gruber and her husband Kyle MacLachlan.