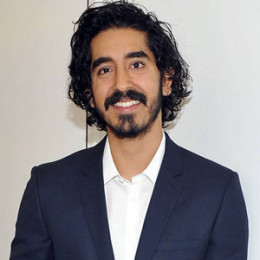 Dev Patel was born on 23rd April 1990, in the city of Harrow, London, UK. He is the son of Indian parents: they were both born in Nairobi in an Indian community. His father, Raj is an IT consultant whereas, his mother, Anita is a care worker. He follows Hinduism.

He grew up in the Rayners Lane District of Harrow where he attended Longfield Middle School. From school days, he actively participated in acting and used to participate in school programs. His first acting role was Sir Andrew Aguecheek in the school’s production of Twelfth Night. He also won Best Actor awards for his performance.

Later, he moved to Whitmore High School and completed AS in PE, Biology, History, and Drama in 2007. He also attended the Rayners Academy of Taekwondo and gained a black belt.

After playing a different role in small screen, he made his first onscreen debut from British teen drama, Skin, as Anwar Kharral, created by Bryan Elsley and Jamie Brittain, in 2007.

In 2010, he made his appearance in American action fantasy adventure movie, The Last Airbender, starring Noah Ringer, Nichola Paltz, Jackson Rathbone. The movie was also one of the box-office hit movies which collected $319.7 million worldwide.

His next successful movie was a biographical movie, Lion, directed by Garth Davis. He has also played some TV drama series including Mister Eleven and The Newsroom.

Moreover, he voiced the character Zuko in the video game the Last Air Bender in 2010.

Dev is dating co-star Tilda Cobham-Hervey from The Hotel Mumbai. The couple was last spotted together holding hands in LA in March.

Before Tilda, his co-star, Freida Pinto from Slumdog Millionaire was his girlfriend. The couple started dating from 2009 and in December 2014 they broke up.

Dev is one of the successful and rising British-Indian actors with an estimated net worth of $10 million.

Currently, he lives a lavish life in a house costing around $2 million. He also owns Mercedes Benz E-Class.