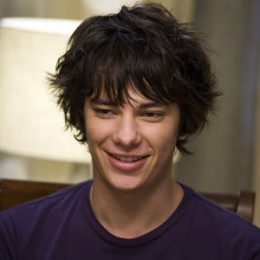 Devon Bostick is a Canadian television and film actor who became known for portraying Rodrick Heffley in the Diary of a Wimpy Kid film franchise. He also appeared in Degrassi: The Next Generation, Citizen Duane, and Assassin's Creed: Lineage. His mother Stephanie was a casting agent, his father Joe was an actor and a film fight coordinator. He graduated from the Etobicoke School of the Arts. In 2003, he debuted as Boy in The Truth About the Head and had his most notable television role as Leo Strange on Canadian television's Being Erica.

Rumored gay actor, Devon Bostick is possibly single at the moment. He is too young to get married. Even though, he has dated some renowned actress in the past, Devon prefers to stay far from relationship and affairs, for now, and rather get busy focusing on a career.

Previously, "Diary of a Wimpy kid" actor was in a romantic relationship with Alexandra Burman. She is widely popular for her appearance in The Last Fashion Show.

During an interview, the actor mentioned he and Alexandra are having a good time. Bostick even considered her as his girlfriend and even his family is happy with the news.

Speaking of his twitter post, Devon teased Zachary Gordon saying he preferred Jewish girl as his lover. That's not all, the actor even stated he would not be in an intimate relationship until he completes high school.

How Rich Is Devon Bostick?

Devon Bostick shared a screen with Finn Wolfhard, Marie Avgeropoulos and Alaina Huffman, Isiah Washington in the CW series, The 100. His highest-grossing movies are Saw IV, Saw VI, Land of the Dead.

Devon owns an apartment in Toronto, Canada. He hasn't talked about cars or any vehicles. Canadian actor shares the luxury home with his parents