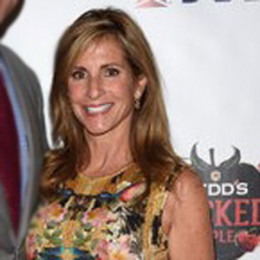 Diane Addonizio is a non-practicing lawyer who is popularly known for being the wife of famous footballer turned actor Howard Mathew Moses. She is a graduate from USC School of Law and worked as an advocate for many years. All her three sons are footballers and plays for their respective teams. Kyle plays for Chicago Bears, Chris for the Philadelphia Eagles and Howie Jr plays for the Raiders team.

Diane Addonizio was born in the year 1962 in Red Bank, New Jersey, United States. She was raised in Catholic family background. For higher studies, she enrolled at the Villanova University and graduated with a degree in USC School of Law.

Diane Addonizio was professionally a licensed lawyer but left her lawyer job long ago and has been quite some time she hasn't practiced law. Sh is an advocate who has fought many cases in her career as a lawyer.

Addonizio is mostly known for being the wife of footballer Howard and she manages her husband and children who are also footballers pretty well.

Diane Addonizio's net worth is not estimated but she earns some amount as a lawyer. Her husband Howard Mathew Moses has an estimated net worth of $16 million.

For a contract that he signed with NFL of $38,000 in 1981 and he brought Diane an engagement ring with the signing amount.

Diane Addonizio is married to footballer turned actor Howard Mathew Moses mostly known as Howie Long. The couple got married in a private ceremony on June 27, 1982, and is living a happy life together. They first met in college when Howie was in his second year of college and their romance started from then.

They got engaged in 1981. As per the reports, Howard proposed her with a $38,000 diamond ring which was his signing amount with NFL at that time. He spent all his money to make his lady happy. 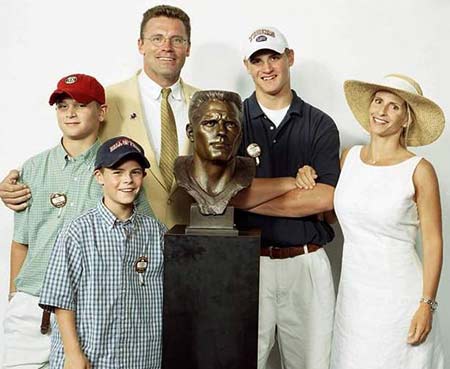 Diane Addonizio with her husband and sons
Source: Bio Wikis

All their children are footballers and plays for their respective teams. Kyle plays for Chicago Bears, Chris for the Philadelphia Eagles and Howie Jr plays for the Raiders team.

Addonizio and Howard weren't allowed to travel on the same flight because of the fear of the crash and they wanted to prevent the loss of one parent if they could.

Addonizio is very supportive of her family and is there to encourage and cheer for them every time.

The couple married on June 27, 1982, and are living a happy life together. They have three children together.

Diane Addonizio and Howard Mathew Moses gave birth to their son Kyle in 1988. He is their second born.

Diane Addonizio and Howard Mathew Moses gave birth to their first son Kyle in 1985. He is the eldest of his brother.

Diane Addonizio and Howard Mathew Moses gave birth to their third son Howard Jr in 1985. He is the younger among his brothers.