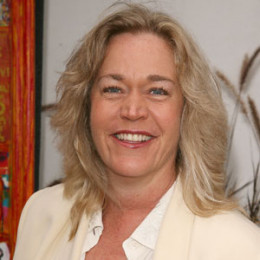 American actress, Diane Delano is best known for portraying the role of Hilda on the soap opera Days of Our Lives. She also featured in the CBS TV series, Northern Exposure and Roberta 'Bobbi' Glass on The WB's series Popular; Also, see..

Diane Delano was born on January 29, 1957, in Los Angeles, California, the U.S. under the birth sign of Aquarius. She was raised along with her sister, Jean Delano. She is the great-granddaughter of Huguenot Philip Delano who was the first Huguenot male to come to the new Colony of France.

In 1637, Delano's great-grandfather received a land grant from the court of Plymouth colony for activities as a purchaser in order to help Plymouth colonist to pay the King's debt. Her great grand aunt, Franklin Delano Roosevelt is of the same family. She is the granddaughter of veteran actor, John Merton.

Delano is a distant relative of President Franklin D. Roosevelt as both of them are descended from Phillipe de la Noye who is the first Huguenot to set foot in the New World in 1621.

Diane Delano started her acting career in 1983 with the movie,  Heart Like a Wheel where he portrayed the role of lead's sister. The same year, she also featured in the TV series, St. Elsewhere. Then she worked in the TV series like Scarecrow and Mrs. King, L.A. Law, Hunter, Perfect Strangers, Doogie Howser, M.D., Married... with Children, Hearts Afire, Unhappily Ever After, Goode Behavior, Silk Hope, and others.

Delano rose to fame after starring in the teenage comedy-drama, Popular in 1999. She altogether appeared in the 36 episode of the series. Some of her big screen credit includes Miracle Mile, The Thin Pink Line, A Mighty Wind, The Ladykillers, The Wicker Man and many more.

Diane Delano has earned a quite impressive amount from her career. As per some online sources, her estimated net worth isn't less than a six-digit figure. She earned between $150k-$300k from movies and TV series.

Delano has appeared in many box office success movies like,

Delano is rumored to be Gay, but no official confirmation has arrived yet.

Below, we present the video of Diane Delano