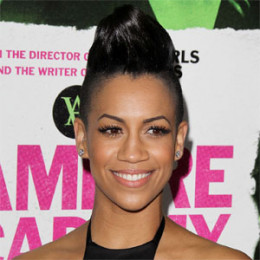 Dominique Tipper is a British actress, singer, and dancer. She is best known for her portrayal as Gabriela in the 2014 film Vampire Academy. In 2015, she plays engineer Naomi Nagata in SyFy science fiction series, The Expanse. She is also known as "Miss Tipper".

Tipper has always maintained a low profile. Currently resides in Los Angeles, California, she is possibly single at the moment.

Dominique Tipper was born Dominique Jade Tipper on June 24, 1988, in London, England under the birth sign of Cancer. She holds British nationality and she is half-Dominican and half-English descent.

Happy Fathers Day to my Mum and all the other mum's who filled both parents shoes and my grandparent's for the support :) pic.twitter.com/mIuusGGaim

At the age of 3, she joined drama school at the Peggy O'Farrell stage and Theater School. She performed at the Hackey Empire. She has won a vocal competition when she was 14.

Dominique Tipper started her acting career in 2008 with a minor role in British drama film, Adulthood. She also performed as a commercial dancer with various musical groups and artists.

She was a member of girls group, Brazen Angels for 4 years before leaving to pursue a solo singing career. In 2012, she began her solo musical career and launched the promotional single "Superstar."

Tipper played the role of Sarah in 2012 film, Fast Girls. Then she appeared in the films like Vampire Academy, Montana, The Girl with All the Gifts, Fantastic Beasts and Where to Find Them. 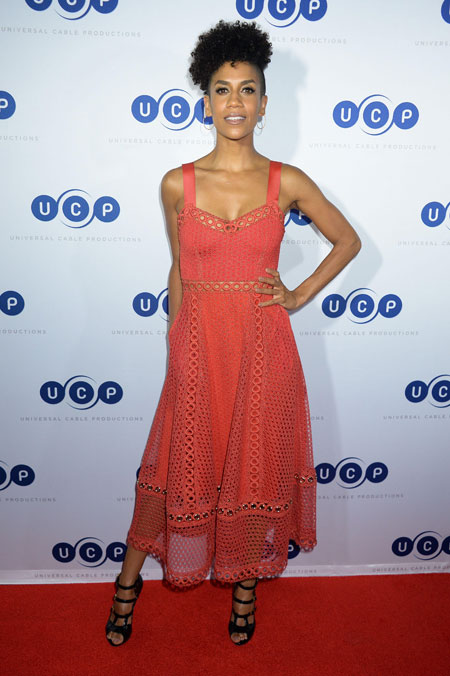 Tipper made her TV debut in 2015 with British-French crime drama, Death in Paradise. Since 2015, she is associated with American science fiction television series, The Expanse.

She played the role of Naomi Nagata, the Belter engineer of the Rocinante in the series. She shared the screen with Frank Adams, Cas Anvar, Steven Strait, Florence Faivre and others.

Dominique Tipper has earned a quite impressive name and fame from her acting and singing career. Considering her career growth, Tipper might have an estimated net worth of six digit figure.

Tipper has earned $85k-$100k per episode from her appearance in TV series and movies. In 2016, she appeared in 2016 film, Fantastic Beasts and Where to Find Them which grossed over $800 million at the box office.

Dominique Tipper is possibly single at the moment. She has always maintained a low-key personal life. She never opens up about her private life with media.

In 2011, Tipper tweeted a post regarding her secret boyfriend. After a year, she posted a photo of the mystery man on her Instagram and she captioned the photo,

"Little thank you dinner for my amazing boyfriend"

Little thank you dinner for my amazing boyfriend

As per some online sources, the couple split apart after few years of dating and the reason behind their break up was their personal differences.

Check out the interview video of Dominique Tipper.