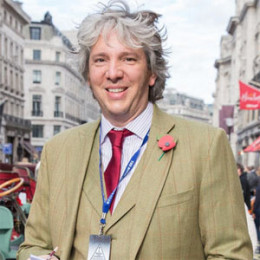 Edd China, 46, is an English TV presenter, mechanic, motor specialist and inventor. He is best known as a presenter on Discovery Channel's television show, "Wheeler Dealers." He holds the Guinness World Records for the fastest shed, toilet, bed, milk float, and the largest motorized shopping trolley. China is happily married to his longtime girlfriend.

Edd China was born on May 9, 1971, in London. He is British and belongs to the Caucasian ethnicity. He developed an interest in cars and machines from the tender age.

China created the Casual Lofa (driving sofa) during his time at the University. It was his first major project of note built to raise money for a Raleigh International expedition to Belize.

Edd China is popularly known as the host of Discovery program Wheeler Dealers alongside Mike Brewer. He joined the show in 2003 and worked until 2017. He started his professional career in TV in 1994. He served as a special effects technician on a British sitcom, Father Ted following the success of his creation, Casual Lofa.

China made his guest appearances in several shows including Top Gear Live,  Scrapheap Challenge, Pulling Power, Ready Steady Cook. In 2006, he was interviewed about his Cummfy Banana vehicles on ITV's show, This Morning.

Nice chat about my book, driving a sofa and electric ice cream with @charlottehawkins1 and #richardmadeley on @gmb this morning

Later, China was featured in various programs like Fifth Gear, Pulling Power and This Morning showing his creations. He presented a mini-series, Classic Car Club alongside Penny Mallory, Tony Mason, and Alex Riley. The show was premiered in 2005.

China is also known as the managing director of two companies: Grease Junkie, a website which sells Wheeler Dealers and Grease Junkie merchandise and Cummfy Banana Ltd, an outlet for his automotive creations and world record attempts.

Edd China is also known for attempting several records in Guinness World Records. Till 2012, he made 8 Guinness records.

In October 1998, he made his first Guinness record for Fastest furniture. The record was broken by himself on May 11, 2007. He made his second record in November 2005 in the Largest motorized shopping trolley, "Trolleyshoppus Rex."

The following year, China holds the record in Fastest office, "Hot Desk". He once again broke the record for Fastest furniture on May 11, 2007. The record was broken by Perry Watkins on September 5, 2010.

China and Tom Onslow-Cole, the auto racing driver converts a milk float into a drag racer in a challenge sponsored by eBay, from which they succeed to set the Guinness World Record in 2012.

Edd China is one of the successful TV presenter and motor specialist. He has an estimated net worth is $3 million. He was associated with Discovery channel for more than 14 years and while being their his average salary was estimated to be £74,032 ($98k) per year.

Besides, China also served as managing director in two renowned companies which helps him to add more sum to his total net worth. Moreover, he also makes huge bucks from his published books.

Edd China is a married man but has no children. He exchanged a vow with Imogen China at an intimate ceremony in the presence of their closed ones. The duo hasn' revealed the exact date of their marriage but as per some online sources, they are together for a long time and shared a strong bond with one another. 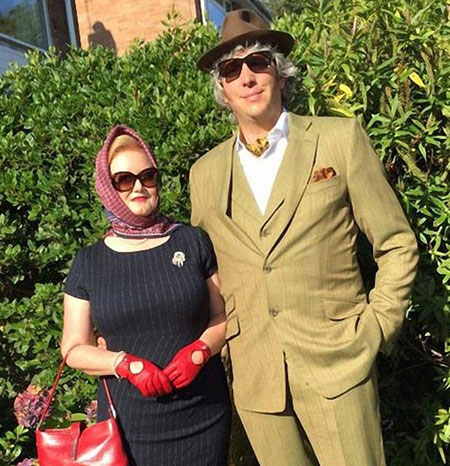 The pair is often spotted together at public places. They haven't any children yet and cited their busy career might be one of the reasons behind it. China has thousands of followers on Twitter.