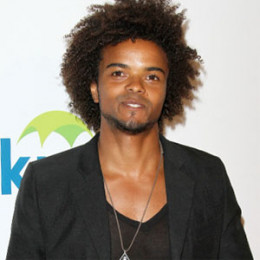 Eka Darville is an actor best known for the series like- Mr. Pip, Jessica Jones, Empire and so on. He also appeared in many other series including- Power Rangers RPM, Blue Water High, and Spartacus: Blood and Sand. Furthermore, in 2017 Darville appeared as a guest in TV series, The Defenders. He also played a role in Vampire Diaries by Zach Roerig with the role of Deigo.

Eka was born on 11th April 1989 in Carnes, Queensland. He is an Australian citizen and belongs to mixed descent. Darville attended Byron Bay High School in New South Wales. After that, he attended Victorian College of Arts.

Eka began his career from the television series, Sleep Over Club in 2002 along with Caitlin Stasey. After that, he appeared in several other series including- Answered by Fire, East of Everything, Blue Water High, Power Rangers RPM, The Elephant Princess and so on others.

Currently, in 2017 he was seen in an American web television miniseries, The Defenders along with cast member- Charlie Cox, Krysten Ritter, Mike Colter, Finn Jones and Elodie Yung.

Eka Darville is married to Lila Darville and also has a baby boy. She was his long time girlfriend. Other than that not much has been disclosed about his wife.

However, they have posted several photos on Instagram in which the pair look very happy.

Darville has an estimated net worth of $0.1 million. As per the photos posted on Instagram, he appears to be living a lavish life.

Eka Darville was married to Lila Darville and has a baby boy. The couple got married after long years of relationship.

The first child of Eka Darville and Lile Darville was born in 2013. The child has curly hair and is adorable.