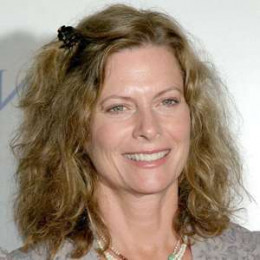 A popular Hollywood actress Kathryn Harrold has earned lots of name and fame through her performance in movies and TV shows. She is best-known for her female leading roles in films The Hunter. Harrold joined Herbert Berghof Studio where she studied drama.

Kathryn began her acting career since 1975 where she appeared on the TV show named The Doctors. She got her major role in The Hunter in 1980. Kathryn is the last female to play opposite Steve McQueen.

Harrold has played in numerous movies and series such as; Raw Deal, The Pursuit of D. B. Cooper, Modern Romance, The Rockford Files, Dead Solid Perfect,  Chicago Hope and much more.

Currently, runs her own counseling practice in Los Angeles, California as she is retrained in psychology

Harrold is currently single but previously she was in a marital relationship with her long-term boyfriend Lawrence O'Donnell. The duo ties a knot on the occasion of Valentine's day in 1994 at an intimate ceremony.

However, the couple couldn't handle their relationship and divorced after 19 years of marriage in 2013. They shared a daughter together, Elizabeth Buckley Harrold O'Donnell.

Prior marrying to O'Donnell, Kathryn was linked up with Albert Brooks (1980) and Richard Cox (1980).

After divorcing her husband, Harrold is most probably single. She has maintained her personal life far from the media and public.

Kathryn Harrold has always enjoyed amazing earnings in her life. She has a jaw-dropping net worth of $24 million.